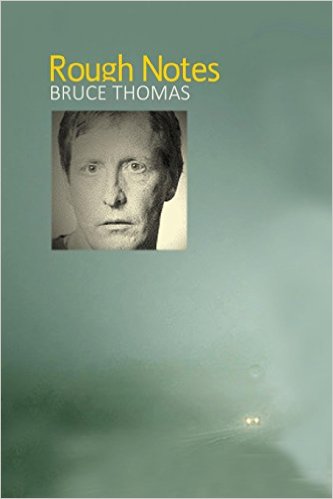 Bruce Thomas, bassist for Elvis Costello’s original backing band The Attractions, makes quick work attributing a quote popularized by Costello to its originator Martin Mull. It’s one of several examples in Rough Notes that attempts to take Costello down a peg or two – but at best paints Bruce as George Takei to Costello’s William Shatner. And why not? It’s made a household name of Mr. Takei, at least.

Bruce’s books are the only fly-on-the-wall accounts of the Costello machine – until Elvis’ book Unfaithful Music & Disappearing Ink drops in October. As any bass player knows, timing is everything, and this one is in the pocket.

Band dynamics are a bitch, and I’m sure Mr. Costello shares some of the blame for falling out with Bruce. Still, in my estimation, Bruce Thomas owes a hell of a lot to having worked for one of the best singer-songwriters of his or any generation.

Of course the E-Street Band take is personally when Springsteen works without them, and maybe Doug Stegmeyer did ultimately kill himself when Billy Joel decided to move in another direction. Springsteen, Costello and Joel’s most important records would be blank discs without the vested interest of these musicians, friends, and confidants – so the resentment is real, I get it. 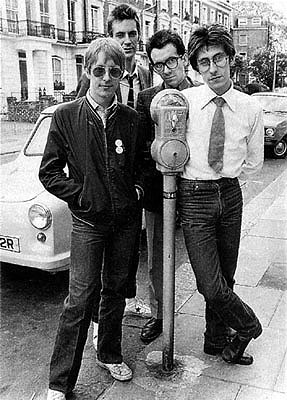 Thomas paints himself as the voice of reason in most every situation here. He’s the one that named The Attractions, created Steve Nieve’s moniker, tried to explain the famous Ray Charles/James Brown incident to Michael Jackson, and destroyed a tape where an interview caught drummer Pete Thomas (no blood relation) dragging Costello through the mud (only to unearth the story here?).

The demise of The Attractions is written as to make the whole thing sound mutual yet somehow Costello’s “fault.” Even when he criticizes himself, it’s done in a self aggrandizing way. Like how the likes of Chrissie Hynde, Tom Waits or Jim Keltner preferred Bruce to play functionally as opposed to creatively – as if asking Bruce to serve the song is somehow beneath him.

But honestly, whose memoir isn’t going to be self-serving? I know mine would be. You think I’m gonna say that someone else deserves most of the credit for my success? Would you? Also, Bruce is ultimately an artist, and true artists can be notoriously difficult chaps. Just look at Costello himself.

Truth be told, Thomas is an excellent writer. He has a way of taking swaths of time and condensing them into hyper intelligent chunks. Whole eras are boiled down into well executed and often beautifully illustrative paragraphs. I actually enjoyed reading it and recommend it to hardcore fans that know what a grain of salt tastes like.

Despite the drama, The Attractions did reunite for a few great great records and tours (and to be inducted into the Rock and Roll Hall of Fame) but it’s no wonder Costello tours with the exact same band minus Bruce – even calling themselves Elvis Costello & The Imposters with the mutli-talented Davey Faragher on bass.

Rough Notes attempts to take Costello down a peg or two – but at best paints Bruce as George Takei to Costello’s William Shatner.

Is he a great bass player? No doubt. His playing was integral to many of those songs. Is he a great writer? Indeed. You may even be interested in his fictionalized accounts of touring or his Bruce Lee biography. Will anyone know who he is in fifty years? No. Not to diminish his contributions, but look at the bands of other renown front-men, like Willie Nelson for instance. Willie’s bassist was on-board since 1968 yet you can’t tell me that guy’s name or that he died in 2011. Only hardcore fans know that stuff. It seems Bruce really did publish this memoir at the last possible moment it would be of interest.

Bruce Thomas knows which side his bread is buttered on. He just doesn’t want you to know he knows it. Read his book and see.

Related Topics:Elvis Costello
Up Next

Are These Amazing Hip-Hop Producers The Greatest Ever? Pt. 2