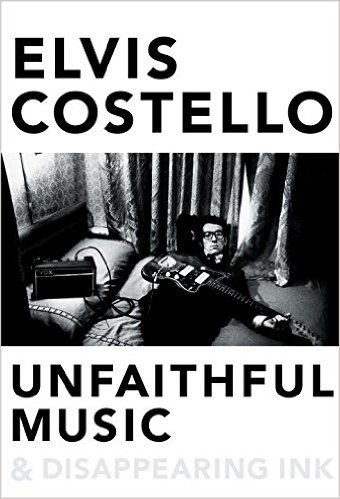 As a young man with questionable morals I stole cassettes from the cardboard standee at the pharmacy where I worked. I used the fact that we never sold any of these bargain bin albums to justify pocketing Frank Sinatra Swings 1940-1953, The Best of Jethro Tull, and Meaty Beaty Big and Bouncy by The Who. I even gave myself the five fingered discount on an unlistenable Mel Torme tape after seeing him on Night Court. The Velvet Fog ended up tossed from my car window as I turned left from Richmond Avenue onto Hylan Boulevard, back when I also thought littering was acceptable. My moral compass seemed to always point to “go ahead, no one’s looking.” 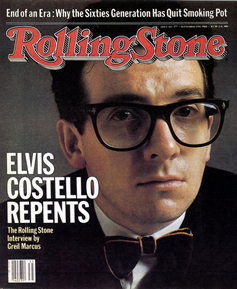 One day, after swigging intermittently from secretly stashed bottles of Coke syrup and equally delicious Grape Dimetapp, I picked up Elvis Costello’s This Year’s Model from the rack and it became one of my favorite tapes to listen to while delivering overpriced pharmaceuticals to old ladies. Since the standee only had that one Costello album, I had to pick up the rest of his catalog at the Staten Island Mall.

“Excuse me,” I might ask, “do you have ‘Blood and Chocolate’ by Elvis Costello?”
“A box of chocolates by Elvis Presley?” the oblivious cashier might reply.

I caught Costello on

tour in ’89 in support of Spike and have seen him nearly every year since, loving every step into pop, beat, chamber, electronic music, you name it. There’s a handful of folks that couldn’t make a bad record if they tried. For me, Costello is at the top of that list. When I heard he was finally writing a memoir, I was sure it would best some of my favorites, like Chronicles Volume One by Bob Dylan and This Wheel’s on Fire by Levon Helm, though I was certain it couldn’t be as good as my favorite; Beneath the Underdog by Charlie Mingus.

A few hundred pages into Unfaithful Music & Disappearing Ink I was convinced Costello’s grasp of language translated swimmingly into prose, like I knew it would. A lot has already been written about this book, which is why I won’t repeat that stuff here. Suffice it to say, my favorite parts expose the mechanics of writing songs with Paul McCartney, Allen Toussaint, Burt Bacharach, and The Roots. Hardcore fans will find those passages hard to put down.

Elvis is the same great storyteller he is in song, though the terrain is markedly different. On record Costello may crowbar five different viewpoints into three minutes. On paper he’s gotta be way more linear over the course of nearly 700 pages, which reveals the first of my five complaints about this excellent new memoir.

Costello’s honesty is refreshing, his memory is photographic, and his pencil is sharp.

Ultimately, these are more quibbles than complaints, but that’s totally in my wheelhouse. You’d hate going to the movies with me.

I’m actually thrilled Elvis finally put his thoughts down on paper. It’s a very satisfying read – even the parts Bruce Thomas tried to tell you first. There’s a lot to sink your teeth into. Costello’s honesty is refreshing, his memory is photographic, and his pencil is sharp.

Won’t be long before I give the audio book a listen, which I know will be imbued with his late breaking elder statesman charm, as opposed to the thinly veiled sarcasm of his youth.

Growing up looks good on him. 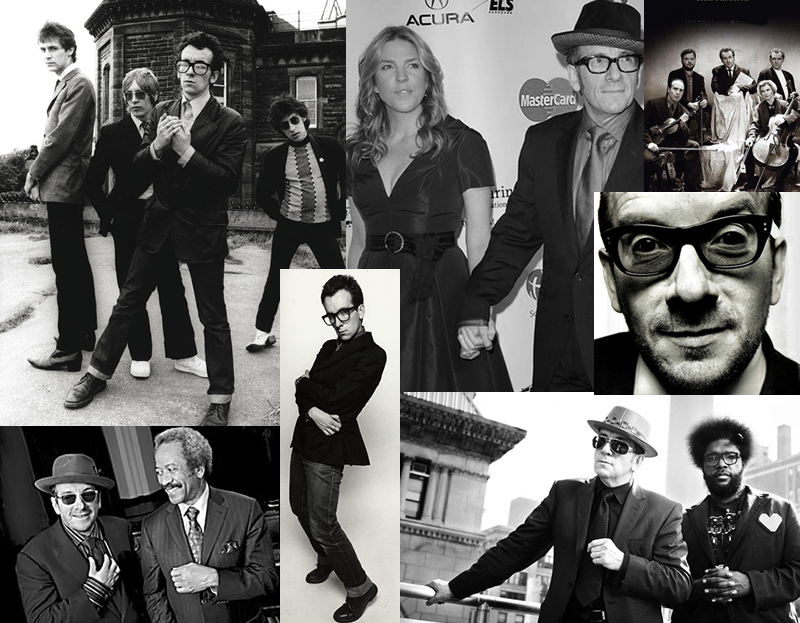 As they prey we pray?