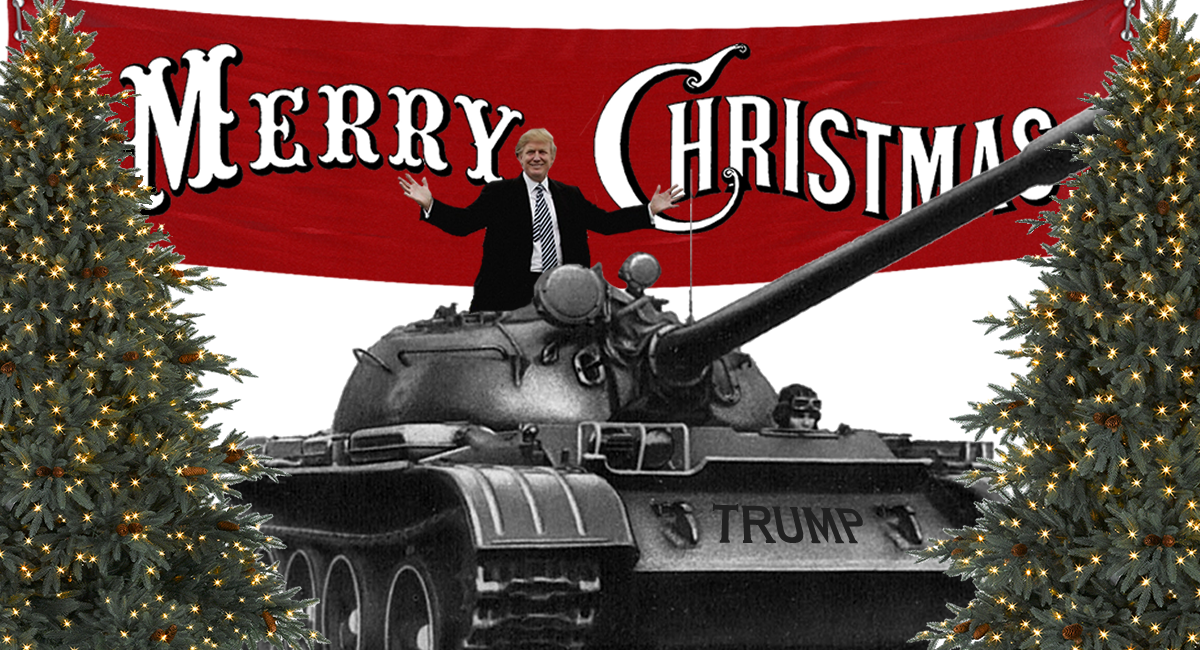 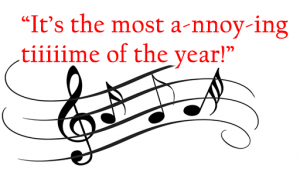 The war is fought on many fronts, with battles over verbal greetings, public manger displays, coffee cups, trees, Black Friday sales, tradition, climate change (there was a 70 degree December day in Ohio last week, but first blizzard and out come the “so much for global warming” idiots), Santa, Black Santas, Jesus, Black Jesus, Krampus, and whether or not “Christmas Vacation” is the best movie in the series. It is, but that’s not the point.

The extreme conservative right part of this country loves it some war.

A large part of this country… nah screw it, I’ll say it; The extreme conservative right part of this country LOOOOOOOOVES it some war. So much so that the GOP should have Oprah host their next convention and tell everyone to look under their seats while she jumps around yelling and pointing “You get a war, and you get a war, everybody gets a war!!!!”

The only group that loves it more is the medi… nah screw it, I’ll say it; Fox News and other fanatical right wing idiots that use it as their bread and butter, like that blubbering douche on YouTube that made the stink about this year’s Starbucks coffee cups not saying “Merry Christmas,” even though they never have. Forget the fact that you’ll find Christmas displays, decorations, and music everywhere this time of year, so a “War on Christmas” is pure nonsense. What really jingles my bells is the blatant contradictory disposition of the whole “War on Christmas” when you consider the religious teachings the holiday in question is based around.

How is it that, as an atheist, I get the meaning of the holiday but its self appointed boots-on-the ground defenders don’t?

How is it that, as an atheist, I get the meaning of the holiday but its self appointed boots-on the-ground defenders don’t?  Goodwill towards men, peace and love, anyone? I mean heck, according to them, I eat babies and worship Satan (figure that one out), but I don’t take offense if someone tells me “Merry Christmas” and think maybe Jesus had some good ideas. No, I say it right back because I’d like to think I’m not a social neanderthal. Try telling the average Fox News viewer “happy holidays” and they react like you just dropped a deuce on little baby Jesus and finger-banged the Virgin Mary at the church nativity scene.

They’ll claim that we’ve lost our way, or that we have taken God out of everywhere, and the “War on Xmas” (try passing that abbreviation off) is just another liberal attempt at destroying America. The truth is much simpler.  THEY’VE forgotten one of the most important values our nation was founded on and a pretty common meme these days: Be nice to people and don’t be a dick. 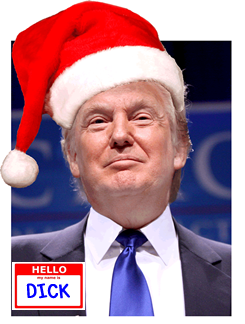 I was religious longer than I’ve been an atheist. I’ve celebrated many Christmases and still do, just a little differently. For me it is a happy time of year to celebrate family, friends, and the dream of a world filled with peace and love. It was never meant to be used as a tool for political gain or for profit. It is sad that the people who claim to be religious the loudest in their defense against the “War on Christmas” don’t seem to know what any of it is about. A greeting is just a greeting. No person’s rights are infringed upon if somebody gives you a greeting or wishes you well just because they don’t do it the way you want them to. They are just being nice and you are just being a dick if you view it any other way.

Certainly none of these things constitute a war or an attempt to take Christ out of Christmas. No person is being prevented from celebrating Christmas. And yeah, I know, displays on public property blah blah blah. That’s another subject that could use a couple of thousand words. However, the fact that a simple well intended greeting can be used to pollute a joyful time of year with fear, anger, and hate is embarrassing and shameful.

Ironically, this same crowd constantly whines about the nation becoming overly “PC” and being too easily offended, yet they get offended by “Happy Holidays?” Cmon man.

If the fanatical right is REALLY interested in putting Christ back in Christmas and keeping it pure, it’s pretty simple. Be nice to people and stop being dicks. Definitely don’t be Donald Trump.