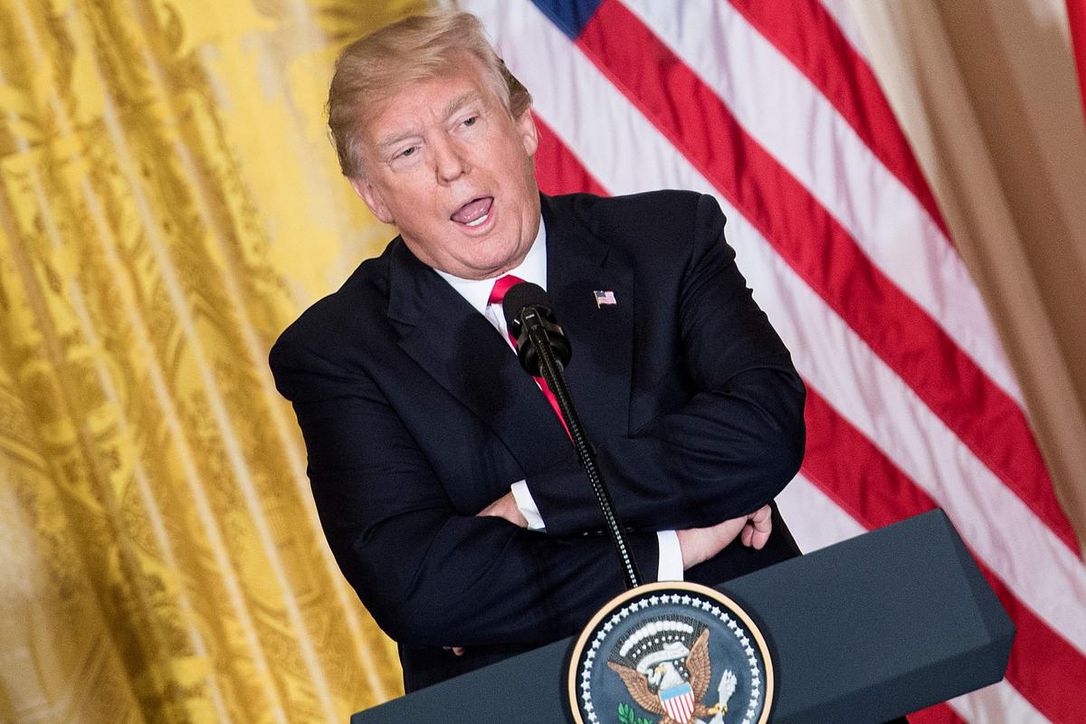 Everyone is up in arms about a shitty person calling a couple of countries shit holes. But the most relevant news is not the insult from the Juvenile in Chief but the opportunities that could no longer exist for thousands of productive individuals. The words are hollow but the effects are real, and can be very impactful to our country’s future. 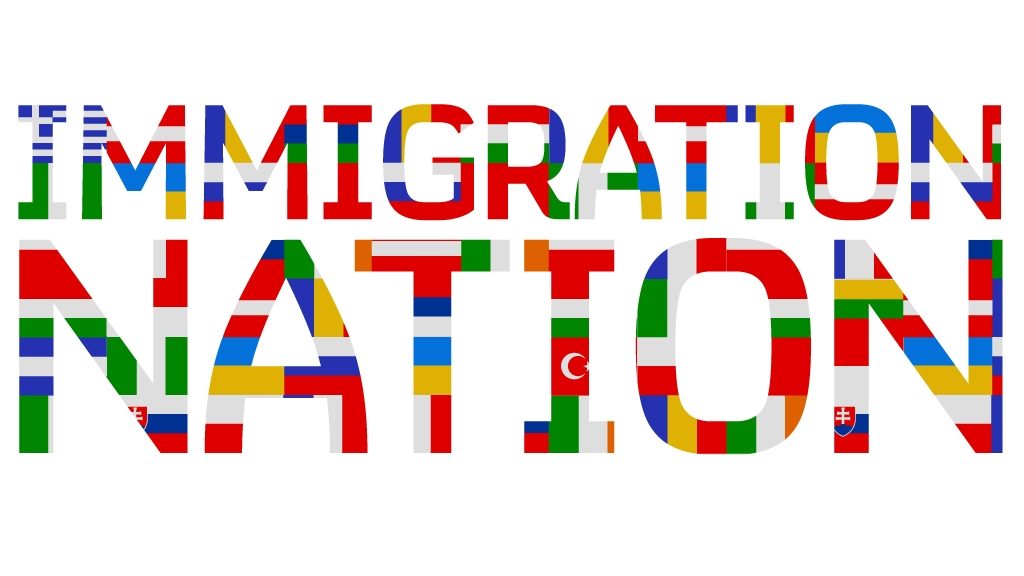 Immigrants are the driving force behind a growing nation and prosperous country. To put it bluntly there is no future without immigration. As this nation gets older we need the younger population to take their place in the economy to uphold the promise of this nation to all its tax payers.

The program is based on contributions that workers make into the system. While you’re employed, you pay into Social Security; you receive benefits later on, when it’s your turn to retire

Not surprisingly the immigrants that Trump negatively targeted are people of color. African countries, El Salvador and Haiti drew the ire of the “leader” of the free world. In his racist views he believes the aforementioned places don’t add value to America, but a nation with predominantly caucasian citizens like Norway do. 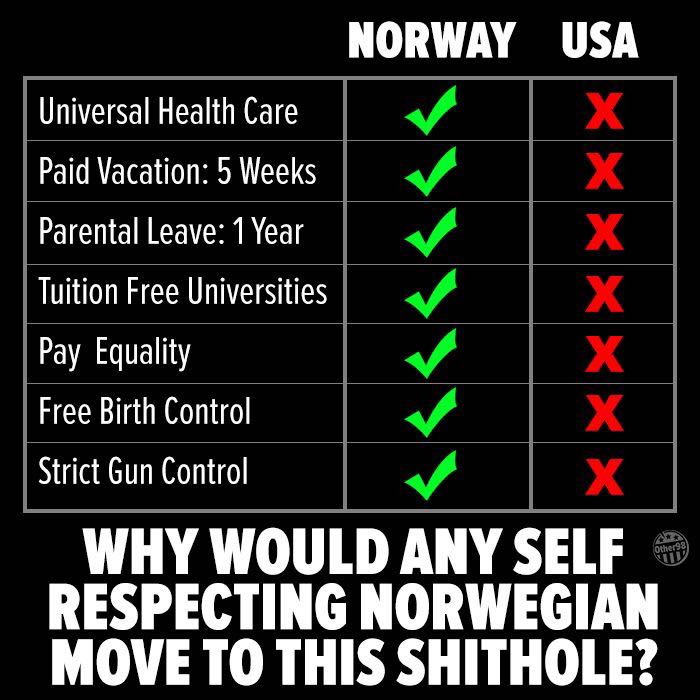 Not only are those assertions racist, they’re incorrect! If the President had the common sense, capability or inclining to think before he spoke, he could have just googled “what group of immigrants have the highest level of education in the u.s?”. That simple task would have saved him the embarrassment of finding out that the people he chose to disparage are exactly the type of people who have the aptitude we supposedly require.

A disproportionate percentage of black students at elite universities are immigrants or children of immigrants. Nigerian immigrants have the highest education attainment level in the United States, surpassing every other ethnic group in the country, according to U.S Bureau Census data.

So for all of those worshippers and followers that continue to hide behind their blinders while vigorously defending the Racist in Chief. I hope you are taking enough time to develop your own defenses when history reminds us of all the shitty people that help turn this country into the United Shithole of America.

WHO IS SAM NUNBERG? 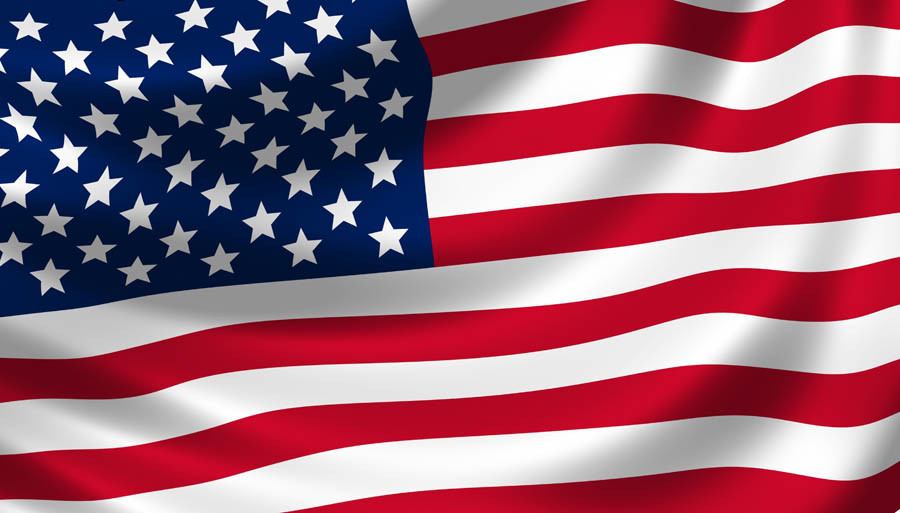 The tipping point is here and we need to put aside our political differences to save this country right now! Silence and remaining behind party lines is no longer an option. A unified address by our elected officials in Congress on the issue of police brutality and equality under the rule of law is required to begin the healing process as well as ensure the future of this nation.

There are three steps that immediately need to be taken to bring this to fruition. The arrest and charging of the three remaining individuals involved in the death of George Floyd must occur as the first step of good faith. The second step requires clear and transparent action items stated to the public in order to address the issues at hand. Those action items should include:

These are just the preliminary steps that will begin the framework of the changes we need enacted to better the experiment called the United States.

I look forward to seeing a response in the form of action on the behalf of the citizens of this country. 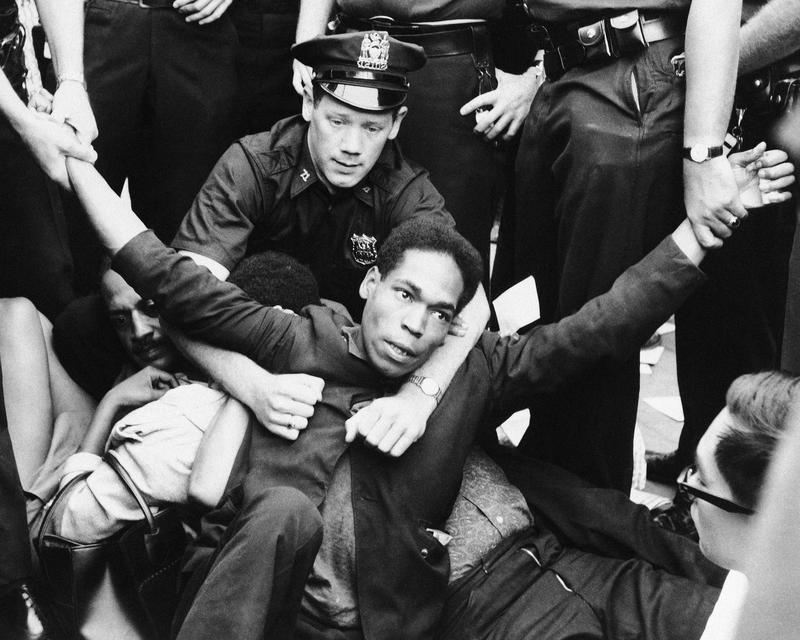 Every generation has an unintended mission as it relates to the liberation of their people. That mission is based on the circumstances and is revealed either midway through or after that generation’s mission is complete.

Through land ownership and intellect, the post slavery generation (Reconstruction/Tulsa – Black Wall Street) revealed what was possible if America dared engage on a level playing field. They did an EXCELLENT job!!

Through newly established media, The Civil Rights generation exposed the world to racial injustice and an undelivered promise of liberty and justice. They did an EXCELLENT job!

The Hip Hop generation reinvigorated the notion of wealth, ownership, propagated messages of inequality and exposed the daily tribulations of Black American life to ALL of America. It was my generation’s obligation to gather overwhelming empathy and build an irrefutable emotional case against racial injustice. We did and EXCELLENT job!! 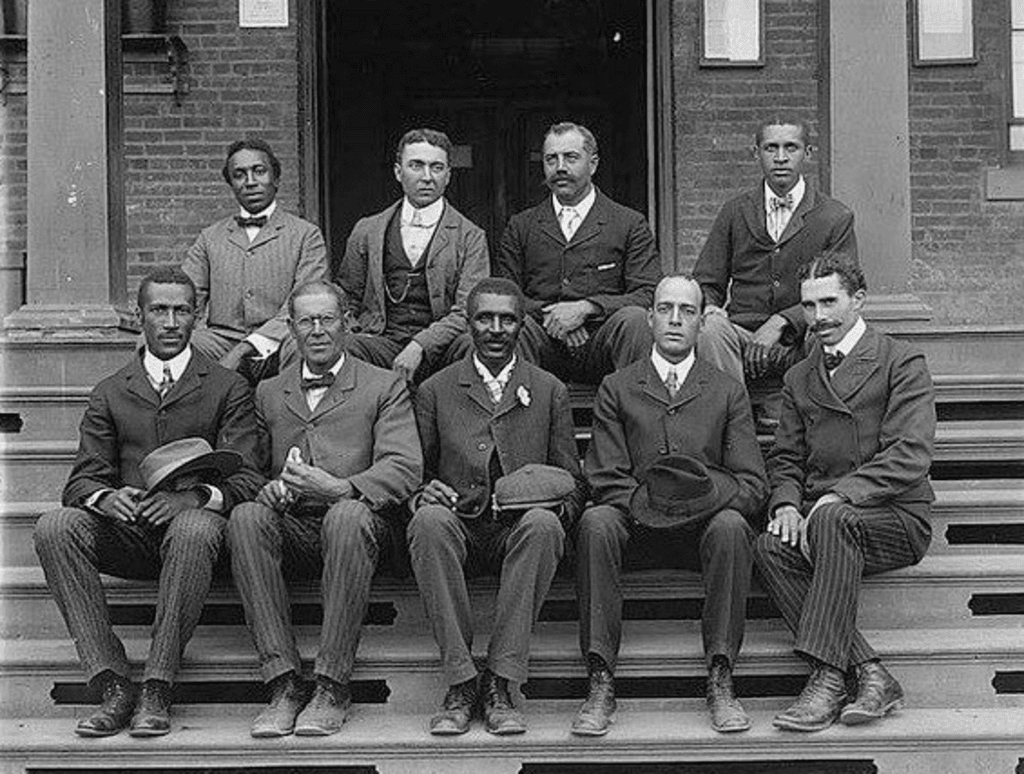 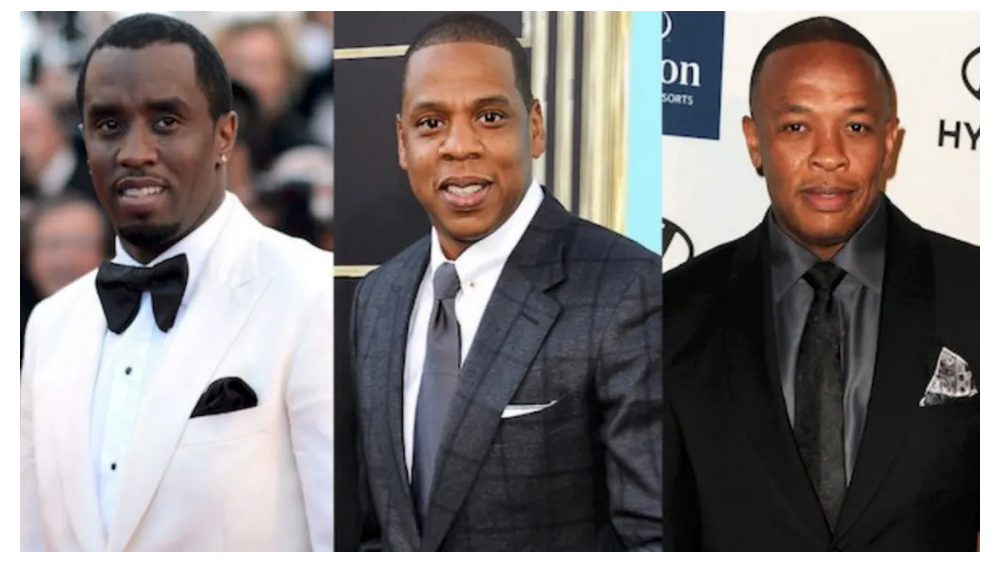 Through technology, Millennials unintended obligations seems to be gathering overwhelming and irrefutable visual and literal evidence against racial injustice AND expose it via social and regular media. They are doing an EXCELLENT job!!

Now that a select few have assimilated, gained some empathy and chosen to walk alongside us, they are also experiencing similar atrocities and destroying the sentiment that prior instances of injustice were one-offs and not systemic injustice. 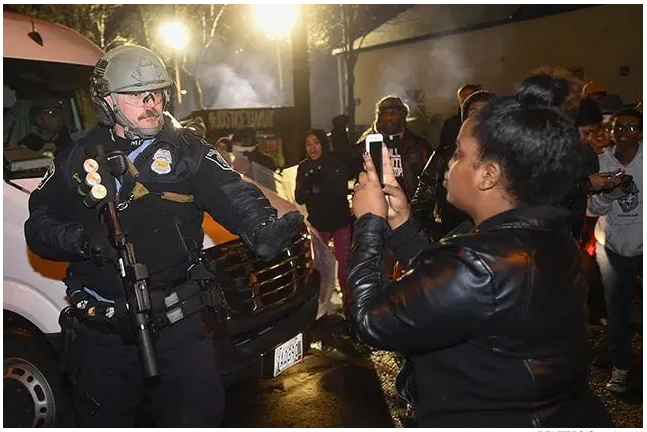 As today marks the 99th Anniversary of the Tulsa Oklahoma Race Riots, I would like to acknowledge those who have shown us what was possible post slavery in America. There is a HUGE difference between returning home and trying to find a home in the first place. The candle lit by that generation is the same beacon that will navigate our eventual return. THANK YOU!! 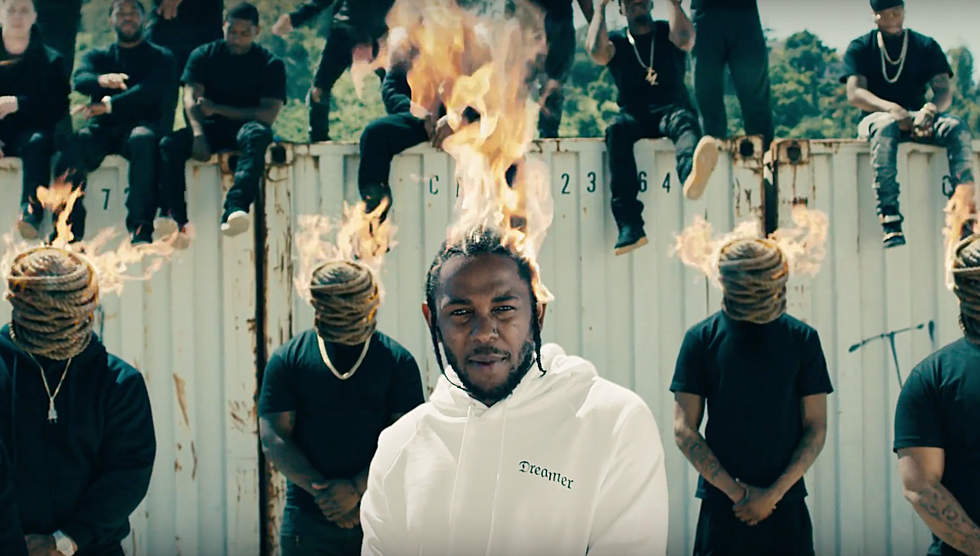 Remember when “keeping it on the low” was a high-valued asset in the lunchrooms of yesterdays past? It was a glorious and magical time where your ability to not divulge information or “brag” would lend you the trust and respect of all… except maybe the person who wanted said info. Conversely, being known as conceited or loose lipped oft resulted in social suicide. Once you understood and practiced the basic tenets of social operation, you were free to roam about the country. Then along came this thing called life and what was once generally accepted social order now requires constant questioning. Oh to be young again! 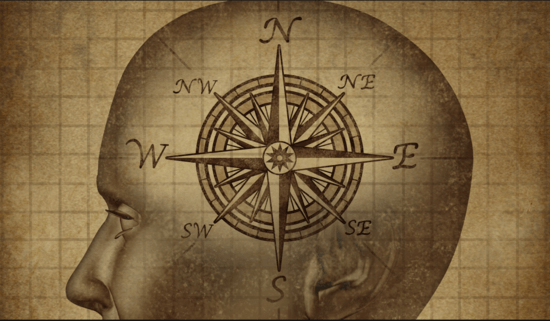 These days, you may find yourself at a moral crossroads where keeping information “on the low” could result in literal career suicide and stagnation of financial growth. I’ve seen coworkers get promoted because they would inform the entire world of every menial task accomplished like closing the fridge door in the pantry. I’ve also seen coworkers not be given any credit and as far as to be laid off because no one was aware of their value or responsibilities.  Who knew life was gonna be so complicated (besides every single adult?) Of course, “keeping it on the low”  a.k.a humility is just one of many self-inflicted moral codes we use to navigate for a majority of our lives. There are many others (selfish, greedy, manipulative, etc…) Now what if you hadn’t assigned a negative or positive value to these sentiments from the outset? Would you still be so hesitant to engage in their practices? 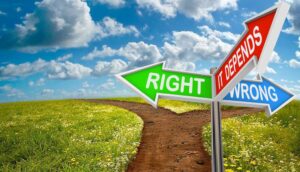 For the sake of proving my point, What if these “negative” moral codes were simply tools that could not be judged but simply used? Is it manipulative to convince someone to put a gun down and not shoot up a room full of people? Was Winston Churchill being manipulative in his efforts to convince the U.S to join WWII? Is it greedy to understand how much financial assets are required to provide the lifestyle you deem worthy for you and your family then pursue accordingly? Is it selfish to know when to tune the world out to achieve a goal that will be to the worlds eventual betterment?

The world is grander than whatever lunchroom your adolescent moral GPS was manufactured in and navigated you through. Once you graduate to encounter those larger moral obstacles, you rapidly realize that what got your through it before may not get you past it now if you cannot realign your moral code. It seems once one masters a particular set of skills, they immediately become obsolete as life advances everyone to the next level. What’s more likely is a majority of our decision making tools (like morals) are choice and should be treated as such and continuously revisited.  Good Luck.