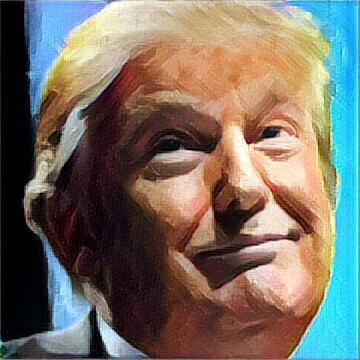 Even if you ignore all the icky stuff Trump is on record as saying, there are plenty of reasons to vote against him – especially if you’re a so-called conservative. Has he given us any evidence of the type of President he might be if elected? Oh, you betcha.

He’ll Be Childish
Remember when you were ten and you called other kids names based on how they looked? That was sucky, right? But then you grew up. Well, Trump never grew up. You can’t turn on the TV without hearing some new epithet he’s bestowed on enemies real or imagined. Remember the Republican debates? And how he childishly “debated” Marco Rubio by calling him “little Marco” over and over again? Talk about a schoolyard bully. Is that what the country needs? Someone who literally makes fun of the “little” guy?

More recently, he implied that hackers may not be Russian at all, but “could be somebody sitting on their bed that weighs 400 pounds.” Now… apart from the fact that these things are not mutually exclusive…. the childish reference to weight is not only uncouth (marginalizing at least half a million Americans) but bad business (for the same reason).  And speaking of bad business…

He’ll be Petty
Trump mentions deregulation a lot. And what he’s really talking about is letting businesses act however they want, whether they pollute your air and water or try to make money by betting against you.

Need any more proof that the “little” people of this country are going to get marginalized?

Remember when they said Starbucks was gonna take Merry Christmas off its cups? Yeah, that wasn’t even true as Starbucks removed those words ages ago. And Trump, who first said he really didn’t care about the issue, also said he’d consider not renewing their lease. There are indicators here that 1) Trump’s first impulse is to interfere with how a successful business does business  (the opposite of true conservatism) 2) that Trump does not understand the separation of church and state and 3) that bullying from a position of power is as dyed into his DNA as orange is. Apologies for the cheap shot.

He’ll Be Just Like Other Politicians
His big selling point was that he’s an “outsider.” As outside as you can get while still filling the pockets of politicians on both sides of the aisle depending on how they benefit him. Is it any surprise he wants to put himself on the other end of the exchange? 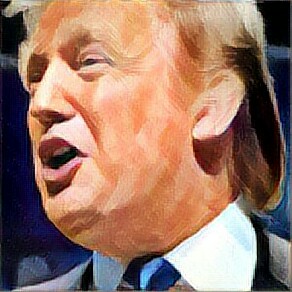 Like many politicians, he’ll say whatever it takes to get elected. That he’s a Democrat, that he’s a Republican. That he’s for or against a woman’s right to choose. That Clinton would make a “great President,” to “lock her up.” He’s said it all.

Trump is literally counting on a flock of supporters that can’t or won’t discern fact from fiction. Salt of the Earth types that, bless their souls, aren’t the most sophisticated of thinkers. But they are kindred spirits; The truth means as little to Trump as fact-checking means to his supporters. Those folks are convinced that somehow Trump is “one of them.” A “blue-collar billionaire.” Fox News mocked Obama as an elitist that would order a latte. Now they support Trump, the guy with a 24 carat gold bidet that squirts Dom Pérignon.

He’ll Be Duplicitous
I thought I could get through this whole article without saying the word pussy. Let’s be real, Trump’s “locker-room talk” is a great indicator of the duplicitousness you can expect from a Trump presidency. As President, Trump would find himself in many back rooms, and apparently he can’t be trusted to be the same guy within those rooms as outside of them.

Fox News mocked Obama as an elitist that would order a latte. Now they support Trump, the guy with a 24 carat gold bidet that squirts Dom Pérignon.

He’ll be Super-Hyperbolic
Overcompensating has its tells. There’s no bigger sign than going two hundred percent in the other direction. The same guy that said he could “grab them by the pussy” has also said “nobody respects women more than Donald Trump.” The same guy that admitted to a weak grasp of geo-politics has also said “I know more about ISIS than the generals do.” And the same guy that has been totally unhinged in public has said “I think my strongest asset by far is my temperament.”

I think he actually believes it.

Doesn’t mean you should.