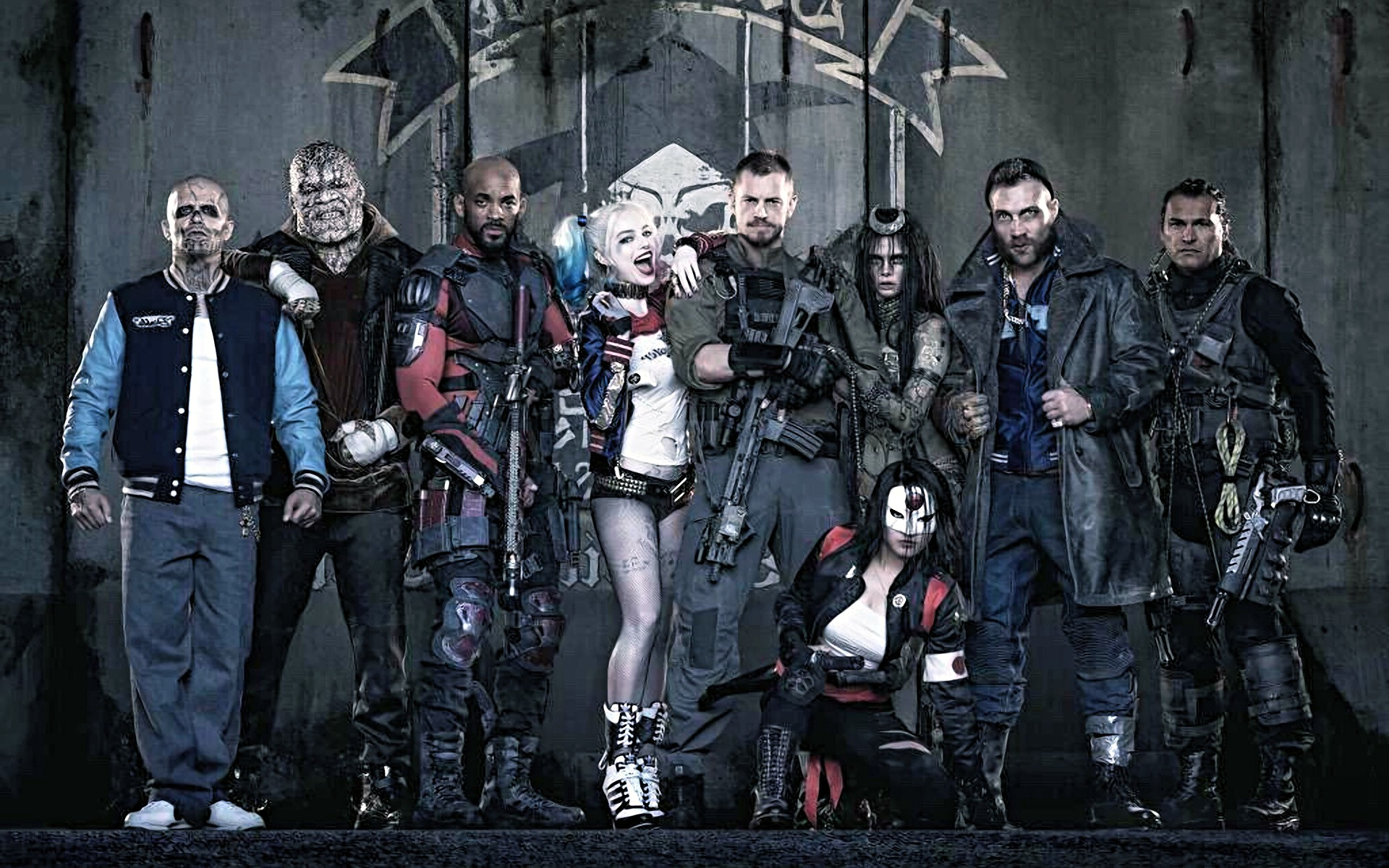 The best thing about an anti-hero is their ability to kick much ass without crying about it after.

David Ayers is a writer on Training Day, and the director and writer of Harsh Times, Street Kings, End of Watch, Sabotage, and Fury. Those titles all have a gritty crime filled feel and should make him at home with directing what can easily be called a anti-hero film. When addressing the crown In hall H at Comic Con Ayers said  ”All this good vs. evil shit is kind of played out right now. It’s time for bad vs. evil. Time for a movie about bad guys. And who’s got the best bad guys out there? DC Comics. Best villains ever.“

The best thing about an anti-hero is their ability to kick much ass without crying about it after. We can only hope that even if this film is rated my most hated rating (PG-13) that it will be a hard PG-13, if that’s even possible. I’m hoping they let Ayer’s take off the kid gloves and go for the gold, especially after the hard R rated Deadpool trailer. Advance buzz has this trailer at more views that Batman Vs Superman right now.

A movie based on DC super villains is defiantly a unique spin on the comic book movie. With fans complaining about bland villains in all the Marvel movies, DC heads might have tried to fill the void with a star filled movie with everyone’s favorite yet not so well known villains. I know the only reason why I paid attention to the comic at all was the idea that the characters in the Suicide Squad might actually have a chance to die. In most titles, like Superman for instance, you know he’s nowhere near dying for any real reason that will last for more than one or two issues. The comic’s premise allows DC writers to send badly thought-out characters like Captain Boomerrang to a glorious death, which is the only reason I would care about such a corny character .

Leaked footage of this movie has been online for months showing what we can guess is Ben Aflleck‘s Batman chasing Joker and Harley Quinn through the streets of Gotham. The Batman cameo is a nice touch of star power and could be a pivotal scene to help connect franchises. Ben Affleck has been seen on set in Bruce Wayne mode, so we can look forward to what looks like a significant presence in this movie. It’s an early example that Warner Bros/ DC is trying to build their universe along the same lines as Marvel, who has done a pretty damn good job so far.

…the Joker is usually both better written and better acted.

One of many problems I’ve had with the series of Batman films is that The Joker is usually alot more likeable than Batman. From Jack Nickelson‘s portrayal to, of course, the late Heath Ledger, the character of the Joker is usually both better written and better acted. Jack and Heath got the best lines and were involved in the best scenes, which would have been great if the movies were called Joker. So it’s no surprise that Joker is key to Suicide Squad, this time played by Academy Award winner Jared Leto. His appearance here will probably be the start of playing scene stealing roles in this and franchises like the Ben Affleck’s Batman film he’s directing next.

The new look of the character has caused a lot of debate on the internet, with certain fanboys complaining about the tattoos and other changes. I think that if you are aware of most of the different faces of the Joker, his look rarely matters much. In the hands of the right writer he can steal any scene or movie he’s in no matter what he looks like.

When looking at the support behind any new comic book movie you can gauge the love from the studio by the casting of its main characters. Even though the comic is not a huge well known title, the cast that Warner Bros has put together is pretty impressive. Big money star Will Smith alone is good enough to gain my interest ,but the addition of Margot Robbie in the role of Harley Quinn, a fan favorite never seen before on film, and not originally from the comics, is a huge plus. Joker and Harley Quinn are a made-for-cartoon couple who have become fan favorites . Robbie shines in the trailer and I’m certain this movie is just the beginning for this manic duo on the silver screen.