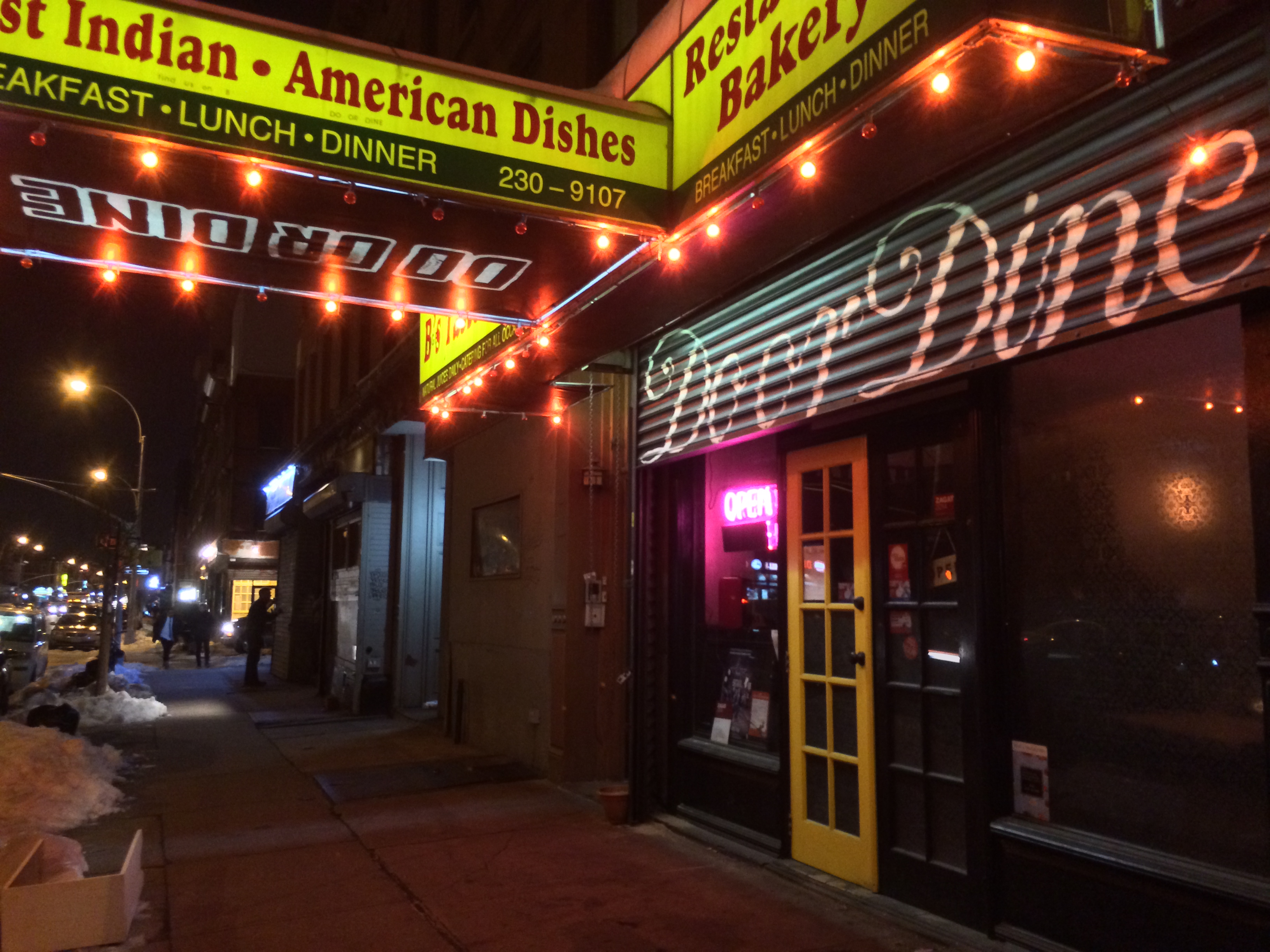 Do or Dine’s been calling my name for a while now. I don’t know what kept me from it – maybe some bad things I heard about the neighborhood. But I should have known better and now I expect Do or Dine and I will be going steady. Especially since she totally puts out on the first date.

It’s important to note that looks can be deceiving. For example, don’t believe your eyes; this isn’t a West Indian spot. Do or Dine retained the previous tenant’s awning and facade. I agree; that’s awesome. From the outside you’d never expect to be greeted by cultured ambiance, well-curated old-school hip-hop and a disco ball you’ll appreciate more as the night progresses.

Speaking of which, that drink you’re drinking is also pretty deceiving, but they don’t call it Cinnamon Toast Krunk by accident. If you like your drinks to taste like breakfast cereal, you will be rewarded. I go for the George & Ginger, a combo of Dickel whiskey and ginger beer. Looks safe enough from the outside, but if remembering things is important to you, don’t drink four of these on the same day you didn’t eat lunch.

“Do I have legs?”  I ask my girlfriend at the end of the meal.

My girl also dug the Spherickle Back (tequila followed by a gelatinous pickle-flavored chaser).  And she was most adorable ordering the Bonita Applebum (applejack, cinnamon/serrano, lemon), totally oblivious to the song-origin of it’s namesake.

Looks are also deceiving when it comes to this doughnut; filled not just with jelly but foie gras. The mere notion puts a bone in my pocket. Available as an appetizer or dessert, let me suggest you order it for dessert, and once the novelty subsides, skip it on your next visit to order more small plates.

Like, say, the deviled E666S with cilantro and bacon. Tempura, no less, with a small but essential dot of sriracha on top.

Is it any surprise the steak tartare is served in the shape of a cow grazing on a bed of greens? Yeah, kinda. With some yummy espresso aioli and a tiny raw egg you scramble into the goodness. What’s so deceiving about the Nippon Nachos is that they aren’t really nachos at all. More like the very legitimate love-child of nachos and dumplings.  Probably best post-maryjane.

“You’ve got quail,” Justin Warner says, presenting the preciously plated fowl to the table. My girl rolls her eyes, but agrees the truffle-poached quail is delicious – even if the polenta and “mush consommé” are no equals.

As far as big-plates go, “A Chicken and Woffals”is a sophisticated blend of jerk, maple, pineapple and offal. Is that chicken liver atop the Cornish hen? And also in the waffle batter, you say? Have her bathed and brought to my room.

That Pork & Beans dish is deceptive, too. I mean, it don’t look like no pork and beans.  Looks more like pork, kimchi and mustard greens had a fight on your plate. Lucky for you, the make-up sex happens in your mouth. I don’t know what’s wrong with me.

Apart from the foie doughnut, there is only one other choice for dessert; the decidedly deception-less Snickers ice-cream bar. It’s literally store bought, drawn and quartered with the wrapper still on. Maybe all this deception has more to do with reinforcing the low-rent aesthetic of an otherwise deluxe apartment in the sky.

(My girl won’t get that reference either.)