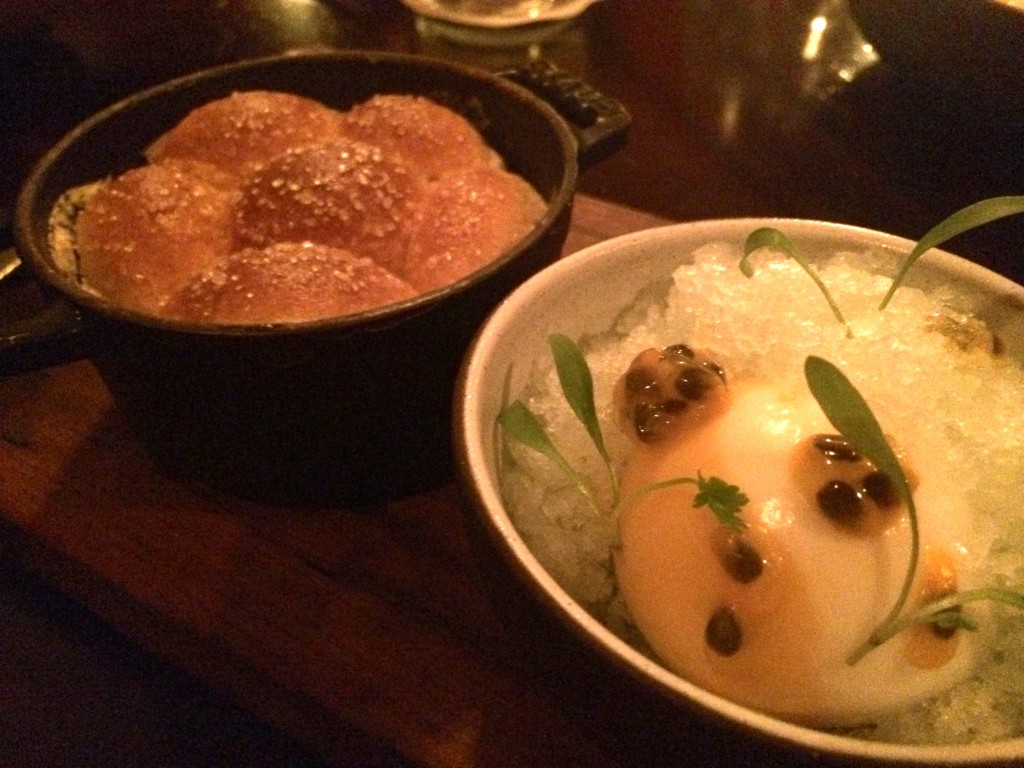 I’m the ugliest person at The NoMad, maybe the poorest, but I’ve been here twice before, and my girl more than bends the bell-curve in beauty’s favor – so pack away the world’s smallest violin you weren’t even pretending to play. 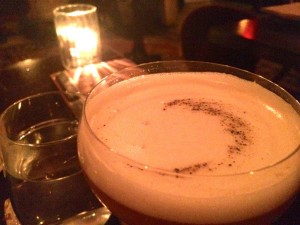 Still, I’m not Lenny Kravitz, or that other celebrity whose name eludes me (spotted in the hotel/restaurant lobby).  They fit in perfectly here – as do the gaggle of girls slow-jamming today’s drama into cellphones, lazily swaying boutique bags from rubbery wrists.

Together, my girlfriend and I create the perfect storm for judging these books by their covers – leaving a giant red X on  the dust jackets of anyone outside our tacitly accepted parameters.

After a day out-and-about we’re ready for some drinks. My go to is the Dirty Martini, but when I’m here I keep to a steady regimen of “Start Me Ups;” bourbon, rum, strega (Italian herbal liqueur), honey, ginger, lemon and orange bitters.  Sounds like too much going on, but it’s decidedly focused (if a little sweet) and whether it pairs or not becomes irrelevant once you’ve had a few.

“This is going right to my head,” she says.

“Good,” I say, then spot a couple a few tables down where I swear the lady is checking me out.

“Popsicle, this lady digs your boy,” I say, but it turns out she was curious about the Sons of Liberty and eventually asked us how it was. Still, they stuck with wine.  Was she just making an excuse to talk to me? The answer may surprise you. *

The bread hits the table and that earthy fragrance of rosemary wraps smiles across our judgmental faces.  “You got your pills?” I ask, just as she places them next to the bread. “Fucking gluten,” she no-doubt thinks to herself.

The foie terrine arrives with a tiny peeled, possibly stewed apple aside two slabs of smoked terrine, some raw apple and roasted sunflower seeds. Spread on brioche it was creamy smokey crunchy bliss. I’ve had foie every which way, but smoked was new for me.  Me want again.

Earlier in the day as the curtain rose on Godot,  I started thinking about the slow cooked egg I had here last time. “That’s a given,” I thought to myself. But alas, they changed it up tonight – served with mushrooms, black garlic and crispy kale instead of the quinoa and asparagus/foam from my earlier visits. That previous incarnation sent me to the moon, while this was a series of astronomical units lower. Comparisons are a bitch.

Instead of their amazing chicken dish, which I’ve had twice, we went with the lobster and beef entrees – polishing off the lobster entirely before even looking at the beef. Gracefully poached lobster with salsify and a brown butter bisque. Not a missed note on the plate. My girl knew all about salsify, I’d never heard of it.

The roasted beef with sweet potatoes, smoked swiss chard and bone marrow sounded better than the executed version. If you’re gonna promise bone marrow,  you’d better deliver that flavor somewhere on the plate. Still, by any standards, a solid dish if you got all the flavors on one fork.

We ordered two desserts because I’m fat. I was already familiar with the Milk & Honey and wanted to experience it again. You would, too. Shortbread and brittle with ice cream and honey? Just pour it straight down the front of my pants, please.  Kudos on the more complex honey used this outing – it’s sweet smoothness balances the brittle and shortbread textures perfectly. 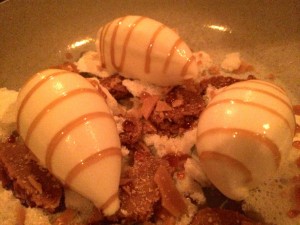 “I’m so glad you ordered the dessert brioche,” our stoic server said, judging me, and I him. “It’s not a much-ordered dish,” he added.

“The brioche itself is amazing. What is that on the bottom?” I asked.

“Mmmm. Wonderful,” I say. “The tropical sorbet on top of the flavored ice is perfect, too, but the ice itself is super-sour. Too sour.”

He smiled and walked away, butt-cheeks clenched.

Bed-Stuy, Do or Dine