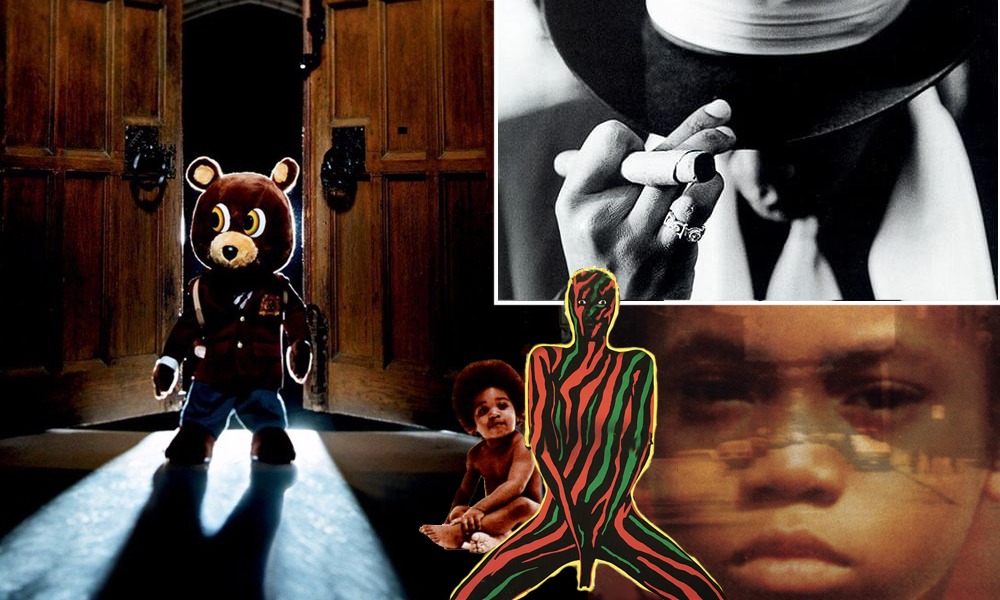 Criticism has always been a part of our musical world –  but as hip-hop has become a central component of popular music, critique has intensified.

Hip-hop has created a pastime out of criticism. A fun sphere where everyone can debate and discuss. It has built a sub-culture that I love. A place where art can be explored.

However, in all the discussion and examination of hip-hop, a theory glares out to me that has been relatively ignored: A rapper’s freshman or sophomore album is usually their best piece of work. 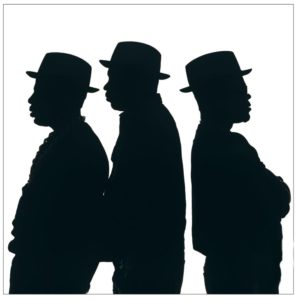 While art and music is a highly subjective field, we have created things that help objectify it. Music publications and blogs; we read Rolling Stone, Complex, The Source, etc., all of which help analyze and objectify music. We may also have certain media personalities, critics, or even artists/celebrities that we look to for opinion.

I remember as a high school freshman in 2007, sitting down in front of my TV and watching hip-hop media folks on MTV list the “Hottest MCs in the Game.” While I didn’t agree with every rank, I still saw their list as a sort of holy guide.

hip-hop has created a pastime out of criticism

Whether you agree with other’s opinions or not, you can’t deny that we are constantly looking for ways to objectify music. So why not use these attempts at objectifying music to help prove my objective theory that a rapper’s freshman or sophomore album is usually their best.

In 2012, Rolling Stone published their list of the “500 Greatest Albums of All Time.” I combed through that list for the hip-hop albums and pulled a top 10 hip-hop albums ranking from their larger list.

Of those top 10 albums, 9 out of 10 are the artist’s first or second album. The only album that breaks the mold is Run DMC’s Raising Hell.

Let’s take my own personal top 5 favorite rappers/rap groups list; which is as follows:

Now my favorite album from each artist:

3 out of 5 of those albums are a freshmen or sophomore release. Purple Haze and Midnight Marauders break the mold.

we are constantly looking for ways to objectify music

Now, you may be saying, “Hey! He just wrote whatever albums he wanted to make sure the majority fell in his theories favor!” Well, I also asked two of my hip-hop head friends to list their top 5 rappers, along with their congruent favorite album from those artists.

Here are their results:

Friend #1’s Top 5
(He didn’t want to give me an all-time list. Instead he gave me a kind of new millennium top 5)

Favorite album from each artist:

4 out of 5 of those albums are a freshmen or sophomore release. Tha Cater II was Wayne’s 5th studio album, but let’s be honest, Wayne is an enigma in many ways.

Favorite album from each artist: 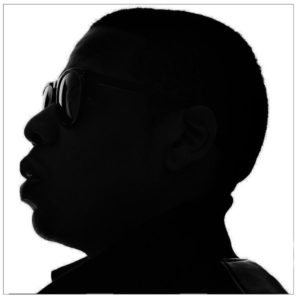 By twisting a subjective, artistic practice into objective scales, we can see that a rapper’s first or second album is usually their best work. At this point, people reading this might start yelling at me, saying, “OMG! You just turned a beautiful art form into science, into… MATH!” **INSERT HORRIFIED GASP** But wait, hold on a second, can’t math and science be a form of art too?

OK, so why is a rapper’s first or second album usually their best? Why is this the case? 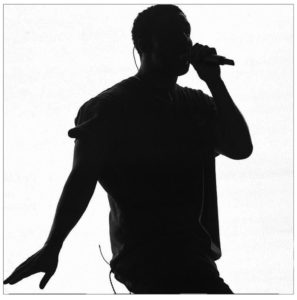 But why is artist integrity cut short for rappers? What happens?

You often hear people say that rappers lose authenticity as their careers progress. But is that because they are forced into “street” narratives that they can no longer be authentic to? Nas created Illmatic, an album that vividly painted a picture of life as a young black man in Queens, but how is a 45 year-old Nas supposed to stick to a story that he no longer lives? We don’t expect the Beatles to continue to talk about childhood crushes through their career. In fact, Rolling Stone ranks The Beatles, Sgt. Peppers Lonely Hearts Club Band as their #1 album of all-time. Sgt. Peppers is the Beatle’s 8th studio album. Rolling Stone’s second ranked album is Pet Sounds, by The Beach Boys; their 12th album. This is really a hip-hop phenomenon, and it’s caused because these hip-hop artists are set up to fail.

how is a 45 year-old Nas supposed to stick to a story that he no longer lives?

While the pioneers of hip-hop have been pushing the boundaries for years, the genre has remained virtually the same in the American music vernacular. However, with albums like Kendrick Lamar’s, DAMN, which tackles issues of race, mental health, and identity, and Jay-Z’s 4:44, an album about marriage, infidelity, and being a father; Hip-hop artists are forcing the masses to respect topics that are authentic to the artists themselves, not authentic to the stereotypes of the genre.

Related Topics:Featuredhip hop
Up Next 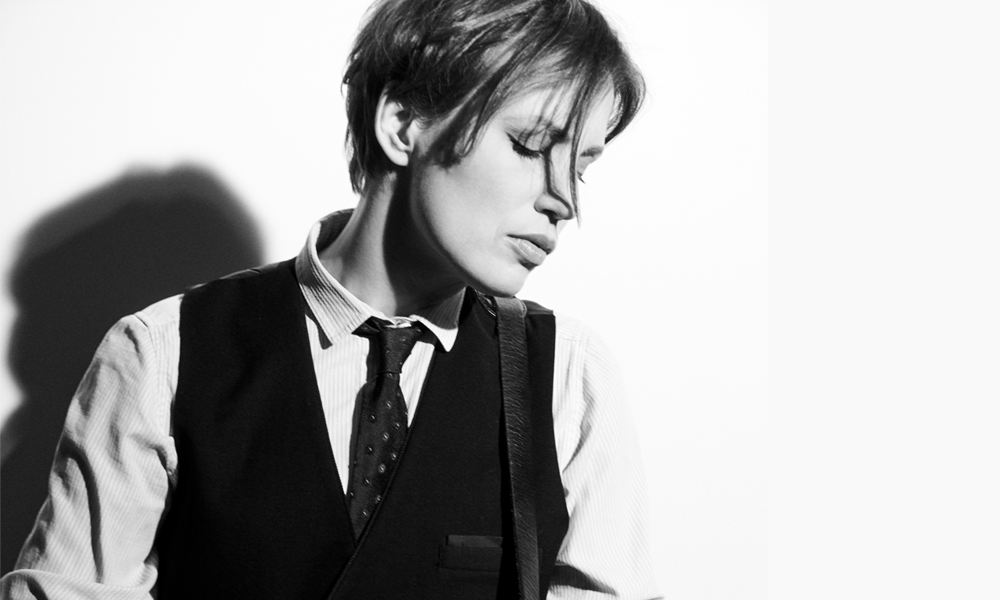 Janita’s newest album Here Be Dragons is another in a progression of finely crafted hymns for the empowered. Whether by love, as in the silky “I Do,” or by subverting expectations, in the Beatlesesque “Not What You’re Used To,” Janita draws on lessons learned during a positively unique career that spans decades and continents. We caught up with Janita on the heels of her latest single “When It’s All Up To You” to find out three songs she’d love to have written. 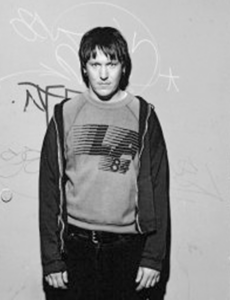 This is one of my favorite songs by Elliott Smith. I listened to the full album Figure 8 a lot while I was writing the songs on my new album, and it was a huge influence on me both melodically and lyrically. This song in particular has also informed some of the production choices we made later, like the heavier guitars you hear on my song “Not What You’re Used To.”

“L.A.” is incredibly melodic, but there’s an elusive, haunting quality to it. It feels like you’re always trying to reach it, catch up to it somehow. The backing vocals accentuate that feeling. In my mind, the song paints such a vivid picture of the ephemeral, fickle nature of L.A., and the similarly transient nature of the main character. Elliott Smith himself? I don’t know exactly how he does (did) it, but I’m certainly in awe of it. 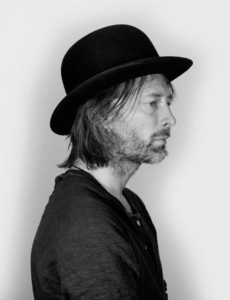 So hypnotic. So badass. Could the production possibly be any cooler? The melody is intricate and beautiful, and I can relate to the lyric from every which angle: as the singer, as the one being sung to, and whether in love relationships, friendships, or with total strangers. The subject matter simply comes up in life in so many ways all the time… I recently tried to express similar notions as I was writing a song, only to remember that it was already done here perfectly. Goddammit. 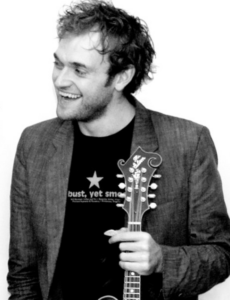 This song is simply magical to me. It’s made me bawl my eyes out at a Punch Brothers concert two separate times. It’s like that viral video that was circulating some years ago of a baby moved to tears when her mom sings a sad tune. I’m that baby when it comes to this song. It simply hits some sort of primal button in me and keeps pressing it until the very end.

While you’re at it, check out Janita’s video for “Digging in the Dirt,” a funky and faithful rendition of the Peter Gabriel classic. 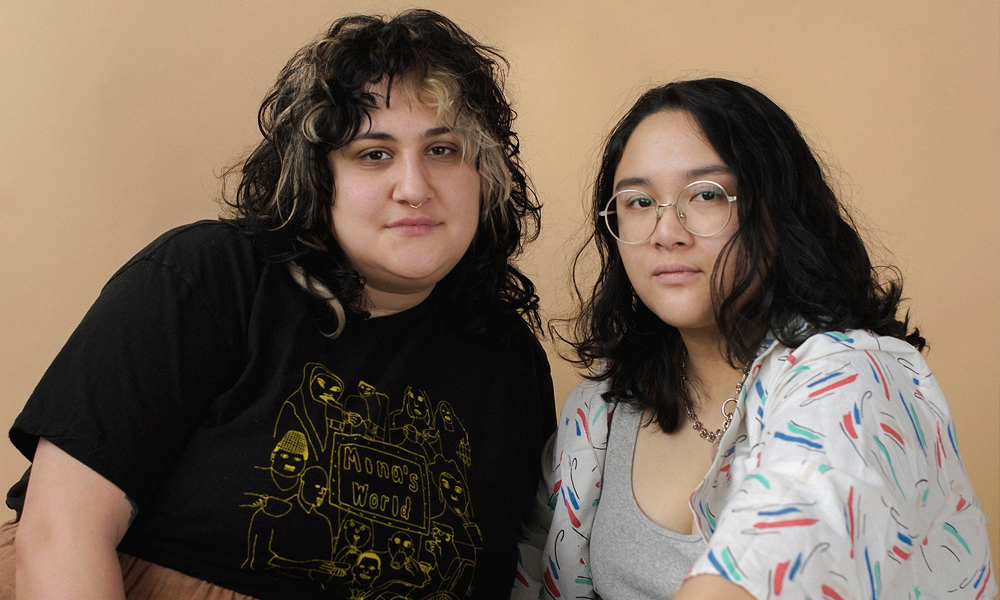 Kemper and Duterter recorded the album during two weeks of mutual appreciation in California. Three visceral singles have been released in the lead-up, including the Pixies-flavored “Stay in the Car” and the sprawling “Anything At All.” 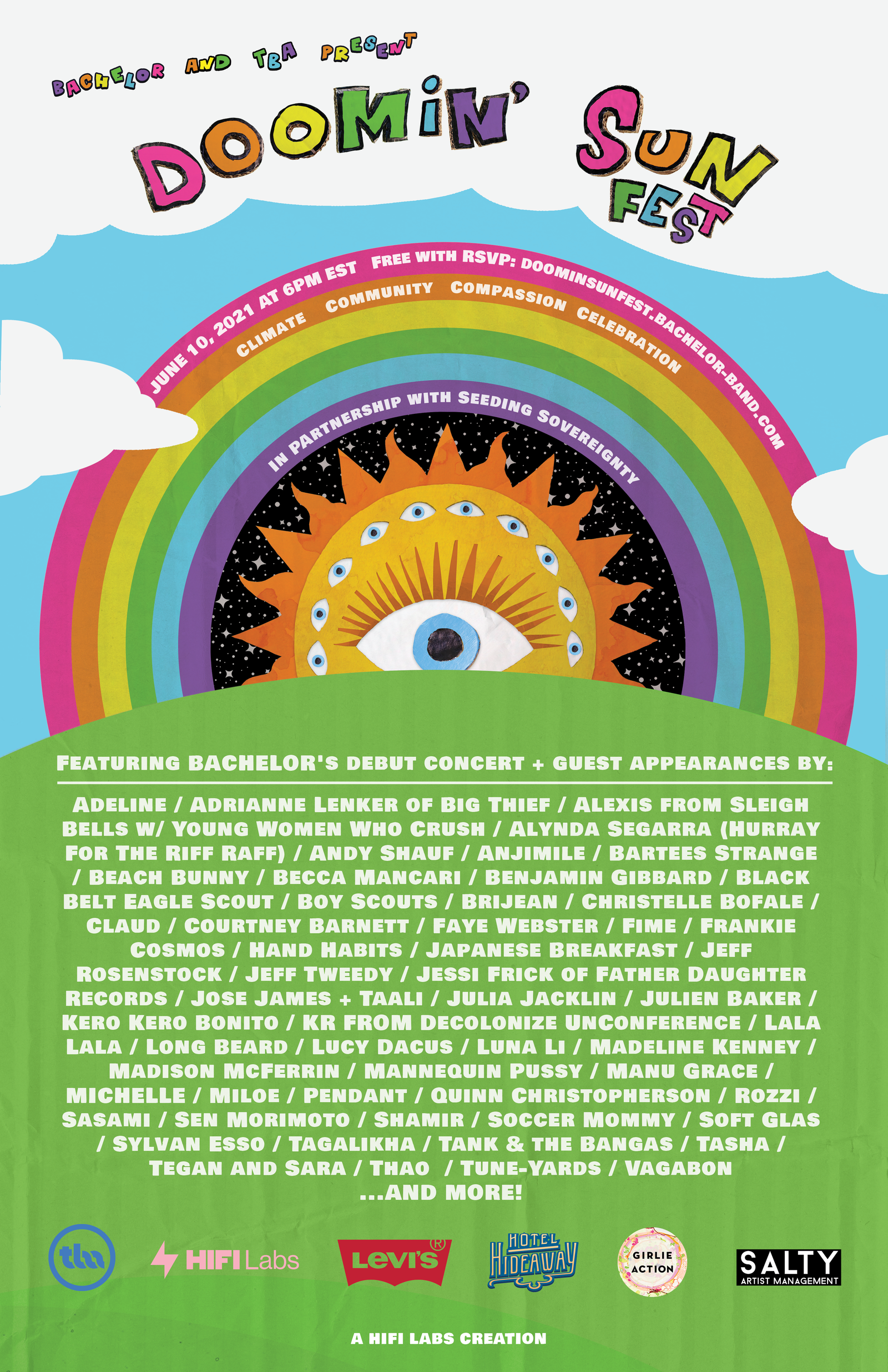 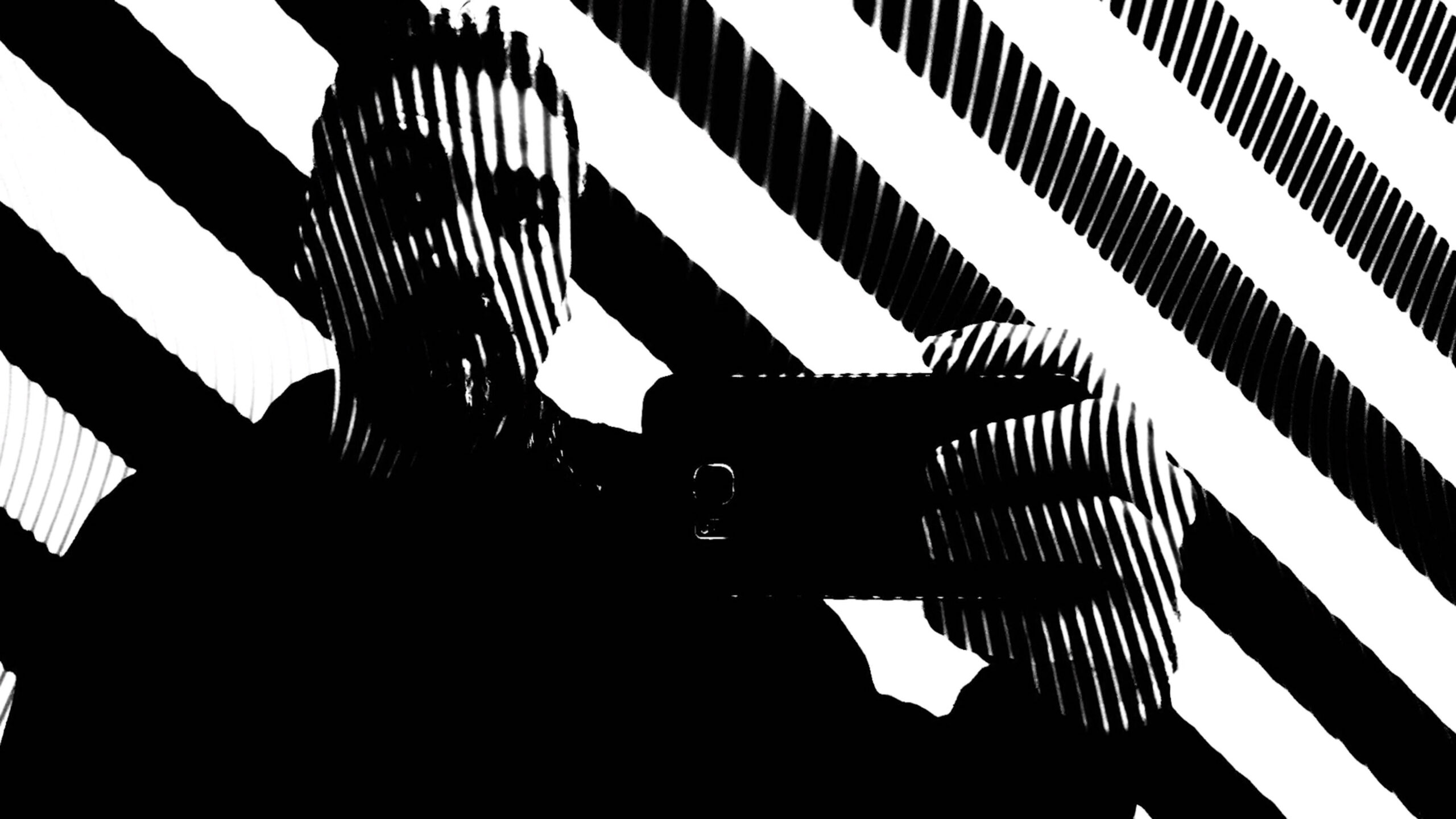 MC Krispy E: Very nice to meet you. (squints) Have we met before?

MC Krispy E: Is the rest of the band joining us?

Electronic Device: (pause) I am the rest of the band.

MC Krispy E: You are Electronic Device? What’s that about?

Electronic Device: Uhm, yeah, it’s like a pen name. You know what that is, right?

MC Krispy E: I have some idea.

Electronic Device: It was actually the name of one of my dad’s companies back in the day before…

MC Krispy E: (looking at his watch) Wonderful. So… it says here you have a new single called “All Things Come to an End” inspired by the death of your brother.

Electronic Device: Yeah, after my brother died I recorded songs as a form of therapy in his old bedroom in Staten Island.

MC Krispy E: And now I read that you have cancer. Am I supposed to feel extra sorry for you?

MC Krispy E: It sounds like this album is going to be super depressing.

Electronic Device: It’s not, I swear. I was looking for some happiness while recording these songs, there’s not much of an agenda beyond that. 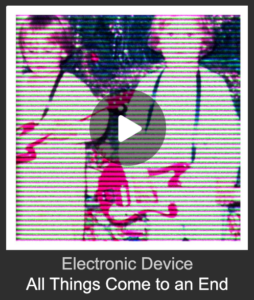 MC Krispy E: What kind of music is it?

Electronic Device: I wasn’t really thinking about influences while recording, but listening back I hear some Concrete Blonde, some Cracker.

MC Krispy: So bands no one is interested in?

Electronic Device: What the hell, man?

MC Krispy: Sorry, it’s almost like I can’t help it.  What’s the single about?

Electronic Device: I hate saying what a song is about because everything is up for interpretation.

Electronic Device: I can say that “All Things Come to an End” has multiple narrators, some of which are unreliable.

Electronic Device: And that one day I was at my Dad’s house and when I turned the corner into the hallway my Dad thought I was my brother for a moment, which was super sad because of course I couldn’t be.

MC Krispy E: And then you wrote a whole song about that.

Electronic Device: I guess so. When you put it that way…

MC Krispy E: (yawning) Tell us when the single come out.

Electronic Device: The single is out now. The album comes out in 2021.

MC Krispy E: Well, good for you. And good luck with that cancer thing.

Electronic Device: Yeah, you too.

MC Krispy E: Thanks. What?