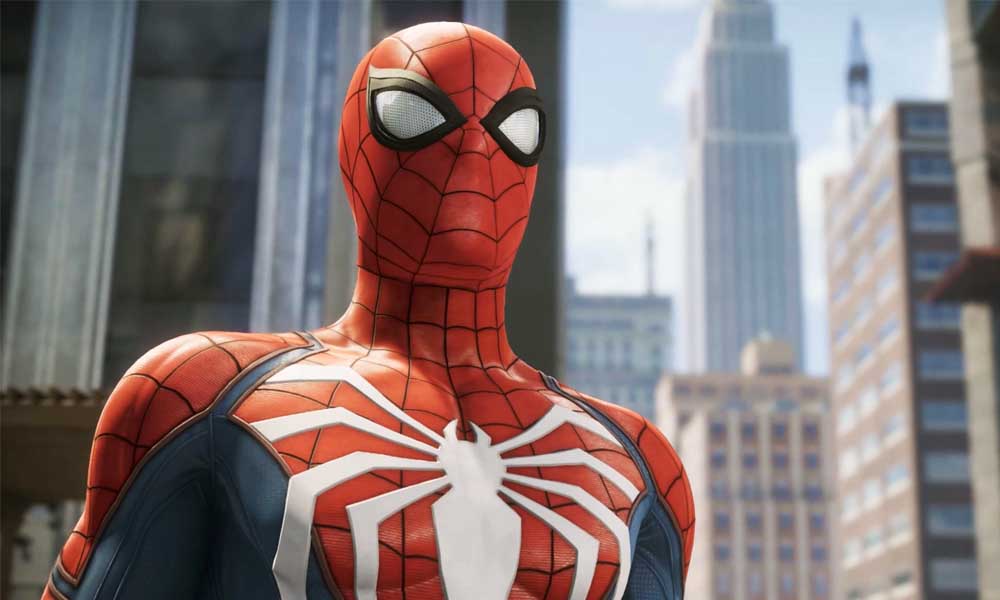 The web slinging, web shooting, wall crawler, friendly neighborhood insect we all know and love as Spider-Man is set to make his long awaited debuted exclusively on the PS4 on September 7, 2018.

Insomniac Games has the dubious honor of being at the helm of this generation’s Spider-Man game. Fans of this studio knew from the start that the famous Marvel icon would be in great hands, as Insomniac Games is known for making bright, colorful, and just overall fun good games for the past decade. This is the same studio that gave us Sunset Overdrive and the entire series of the Ratchet and Clank games, which dates back to the PS2.

It’s been at least four years since Sony first announced they were making a Spider-Man game and since then they have been pretty transparent about what we can expect as far as game-play, tone, and the overall arc of this latest version of Spidey. They have also dropped numerous trailers every year during the E3, and Gamescom conferences. So far, the overall feedback has been extremely positive. From the videos I have personally seen, I have to say it looks Marvelous, yeah, I couldn’t help it.

The main concern I and fans of Spider-Man had was how the web swinging, and combat would feel and look. Would Insomniac take a page or two from Rocksteady and bless us with Arkham style fighting combat or go in another complete direction. The great news is they have not only copied the Arkham beat-down fight sequences but greatly improve upon it by adding a host of additional styles to fit Spider-Man’s unique style. For instance, when Spidey is engaged in combat he can slide under his enemies’ legs to take them out from behind. As you would imagine Spider-Man being a NYC based character will use his environment as much as possible to gain the upper hand.

Before I get into the specifics of Spider-Man’s arsenal I would be doing a great disservice if I didn’t mention where we are in the Spider-Man verse and the characters that have been revealed thus far in the story portion of the game. Peter Parker has been Spider-Man for eight years and from the earlier looks and trailers it appears he’s a little older, well at least older than Tom Holland portrayal of Parker in Spider-Man Homecoming. This version has Peter scrambling to make the rent, balancing this job duties with a local food shelter, as well as maintaining a normal healthy relationship with his forever red headed love interest Mary Jane, oh and saving the city as the friendly Spider dude.

“Would Insomniac take a page or two from Rocksteady and bless us with Arkham style fighting combat?”

Martin Lee is one of the main characters in the game, and he just happens to run the shelter Peter works at. But things quickly turn bad when Martin Lee transforms into Mr. Negative, and from the debut trailer it appears he has the ability to generate negative energy which runs through his entire body and he is able to draw up a staff or katana like weapon and attack Spider-Man as he tries to escape on a helicopter. Mr. Negative will not be the only villain in the game, recent E3 trailers and game-play has revealed the Sinister 6 will be in the game as well. In addition, there is also a secret character that has yet to be revealed, as one of the most recent trailer ends with Spider-Man laid on the ground after taking a pounding from Rhino, Scorpion, Shocker, Mr. Negative, and Vulture, as another villain shows up to Spider-Man’s surprise and quickly thereafter it cuts off leaving us in suspense.

To round out the remaining known characters, in the first full trailer towards the end, a couple of younger boys are seen watching Spider-Man swing away from an action sequence and one of the boys calls the other by his name Miles. Which can only mean Miles Morales, who happens to be the first African-American Latino inspired version of Spider-Man that Marvel created a few years ago. So maybe Miles becomes Spider-Man in the game or is at least a character that can be an integral part of the story going forward if this game ever gets a sequel down the line.

Also, throughout all of the trailers Spider-Man is seen talking to Yuri Watanbe, who is an NYPD Captain who works alongside Spider-Man sort of like a Batman and Jim Gordon relationship from what I can gather. She also gets a lot of screen-time in the last trailer as she is attacked from inside a helicopter by Shocker, and Spider-Man is seen pulling her out of the falling flame engulfed copter.

You can’t fully nail an epic Spider-Man game if you can’t make the city feel authentic and as real as possible, because the entire game will be interacting with the city whether it’s swinging from building to building or just traversing in and out of traffic as you confront enemies on the street level. The detail and look of NYC looks outstanding from what Sony has shown thus far. 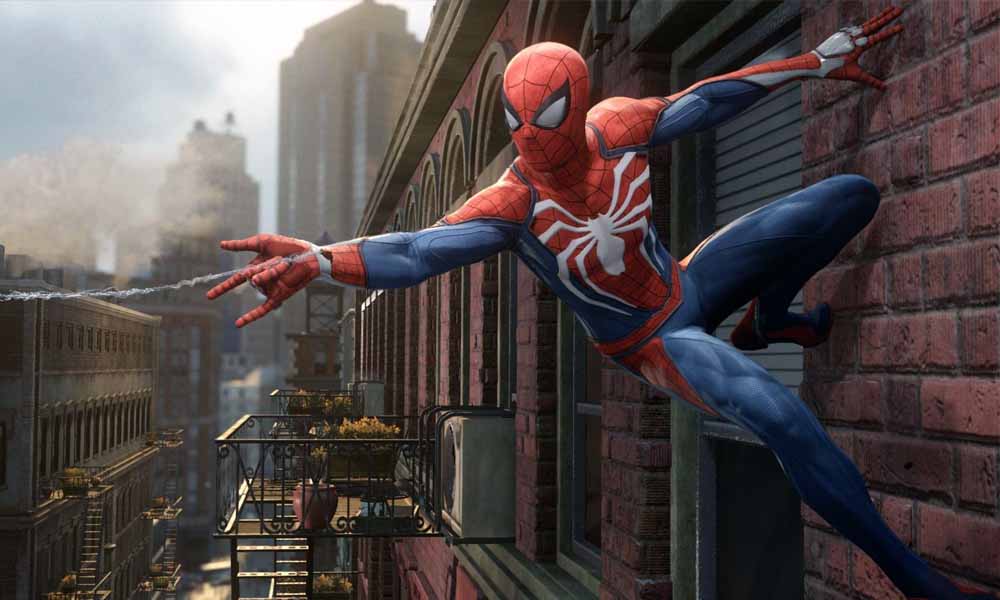 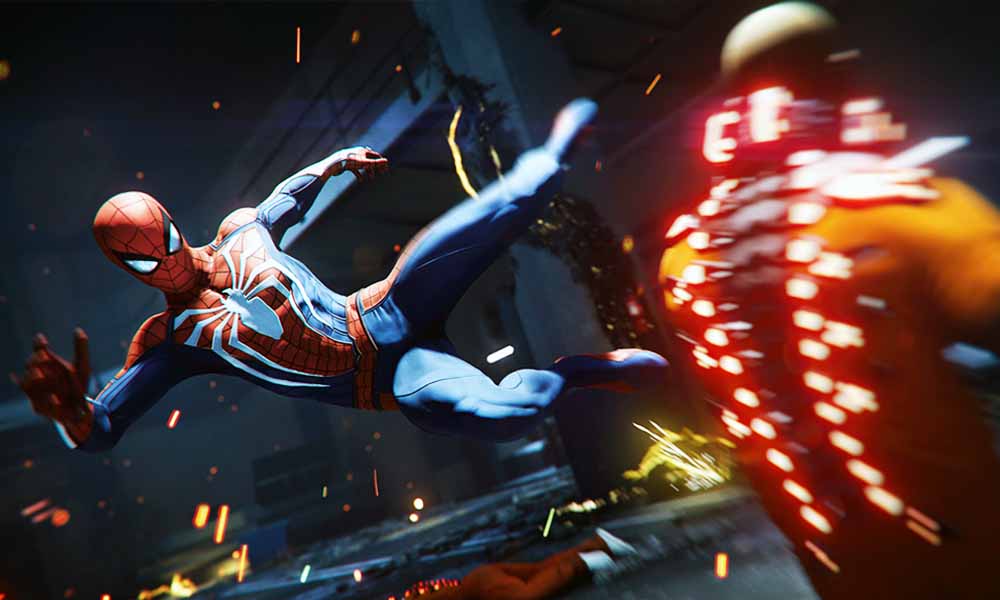 A lot of praise has been thrown at Insomniac for possibly making Spider-Man feel and play like an Arkham game. Many gamers including myself consider Rocksteady’s Arkham games to be the best superhero games to date, at least the best Batman games we have played. So, for years fans have been eager to get the same quality and detail for a Spider-Man game, the likes of which we haven’t seen since Spider-Man 2 back on the PS2.

Now as far as Spider-Man’s abilities and mechanics in this game, seems like Insomniac is not holding back at all in what our super hero can do and the number of upgrades that the gamer will be able to do throughout the campaign. The upgrade tree is a plenty and not only can you upgrade Spider-Man’s suits such as the Iron Spider suit that was last seen in Avengers Infinity War film, but you can also upgrade the different types of web shooting he can spit out of his wrists.  One that was impressive to see is where he can simultaneously shoot about a dozen webs at once if he is surrounded by a crowd of thugs.  Another looks like some sort of a web c-4 bomb that you shoot, and it sticks to an object and explodes into smaller web particles, which is perfect for stealth like attacks from afar.

Another new feature that was shown was the focus bar, when filled up Spider-Man can slow down the action and perform special acrobatic moves that are much more appreciated when slowed down than in real time, a little note that was definitely taken from the Arkham pages.

If there was ever a game to bring the masses together for a memorable single player campaign it would be a great Spider-Man game. In the era of Fortnite, Destiny, and PUBG where online multiplayer and co-op is king, it’s refreshing to still have a single player game experience get much of the attention during the E3 conference. Sony Playstation is at the head of helping us to remember that they will not abandon the single player gamers, and they are clearly backing that up with the recently released God of War, and Spider-Man to come out in a couple of months. Their entire E3 conference was basically a showcase of the major games they plan on releasing within the next year or so, from Days Gone, The Last of Us II, Death Stranding, and Ghost of Tsushima all of which are single player action adventure games.

So, if you ever hoped for a Spider-Man game to look and feel just good as Batman does in the Arkham games, do yourself a favor and pick up Spider-Man exclusively on the PS4 on September 7, 2018. 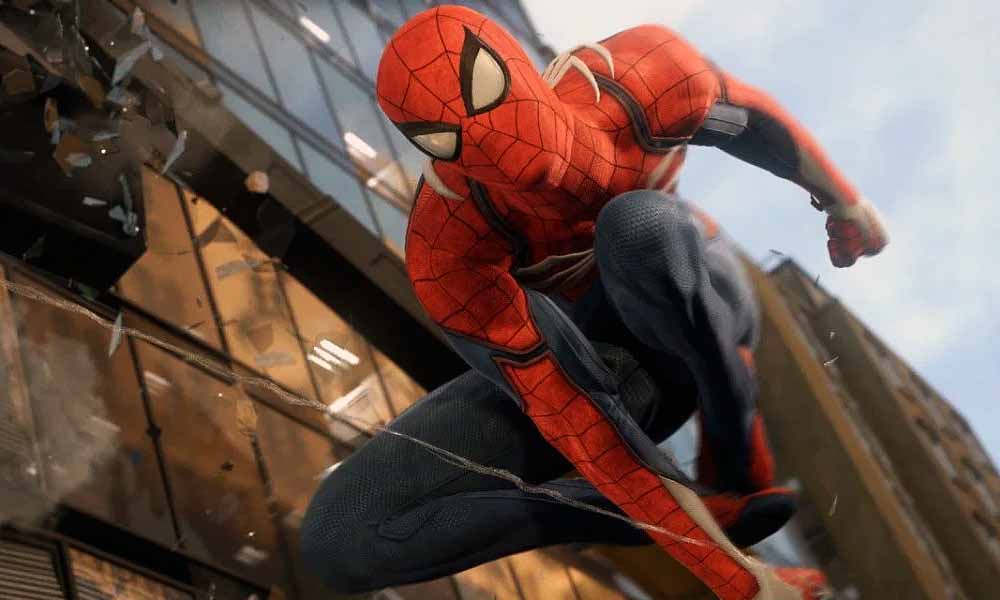