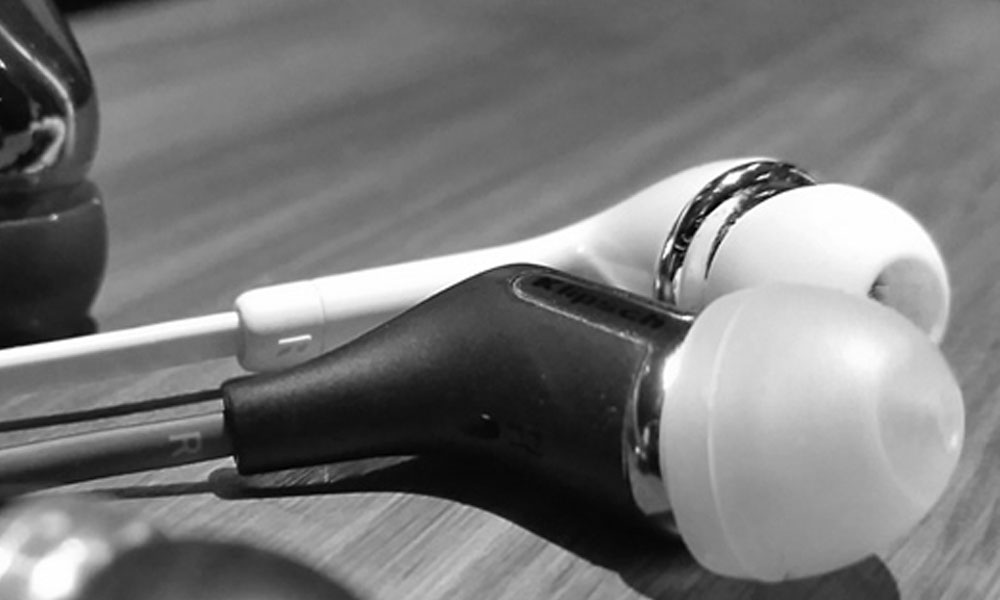 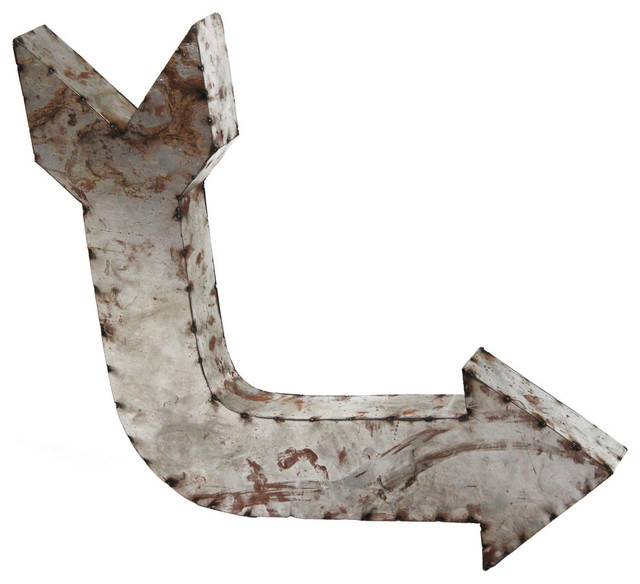 I listen to a lot of music, much of it through headphones. Sometimes because I have to, like when I’m on the train or if my girl is watching TV. But a lot of the time I use headphones because I want to. I like the solitary feeling of that enclosed sonic space. It allows me to listen to the same song over and over again. Maybe I want to hear I Would Die For You by Prince on repeat my whole commute. Don’t judge my journey.

I have great memories of headphones going way back to my single digits. Dad had huge over the ear cans when I was a kid with a thick coiled wire that allowed you to go anywhere in our green shagged living room. I remember that blasting Santana’s Abraxas through those were like a portal to another world.

Years later in my teens I’d take long pouty walks listening to Synchronicity by The Police on my Sony Walkman. Eventually, the discman came along and I dug nothing more than cranking some Pink Floyd, Radiohead, Outkast, and They Might Be Giants at dangerously high volumes through my headphones. You got a problem with They Might Be Giants?

Somewhere along the line something changed. I’m pretty sure it started with the iPod. Now, I love the iPod. I dreamed of being able to access the entirety of my music collection on a small device for years. When it finally came around, no one was as thrilled as me, but it brought with it a change to headphones that I just can’t understand. 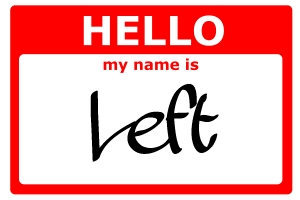 I’m not talking about audio fidelity here. You can argue the pros and cons of compression till the cows come home. I’m talking about something a little more practical; labeling.

Every year it gets harder and harder to figure out which is the right and which is the left headphone. Take a look at your headphones after a few months of use. Can you even tell which is which anymore? Look at these Samsungs. Came with my phone. White, barely raised, tiny, hardly noticeable at actual size. Great setup for a penis joke but not a headphone.

Do I really need a flood light so I can tell which holes to put these in? I’m liable to stick them anywhere. 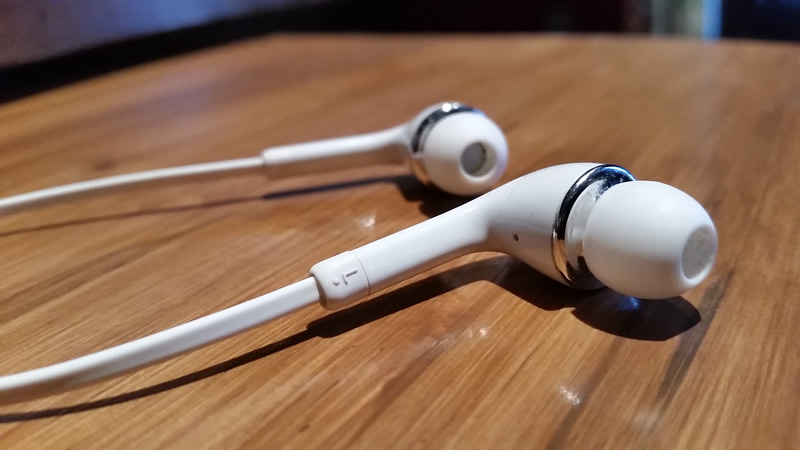 I can’t understand who benefits from this.

When I wanna get to the bottom of something, I think about who benefits and reverse engineer from there. For the life of me I can’t understand who benefits from this.

Look at these pricey discontinued Sennheisers. Even zoomed in I can’t get a sharp picture of the indicator. That R looks like a dot at 100%, trust me. Especially bouncing on the bus, yo.

Maybe we’ll get to the point where everything is Bluetoothed right to your ear drums or hard-wired into our colons, but for now I need solutions. 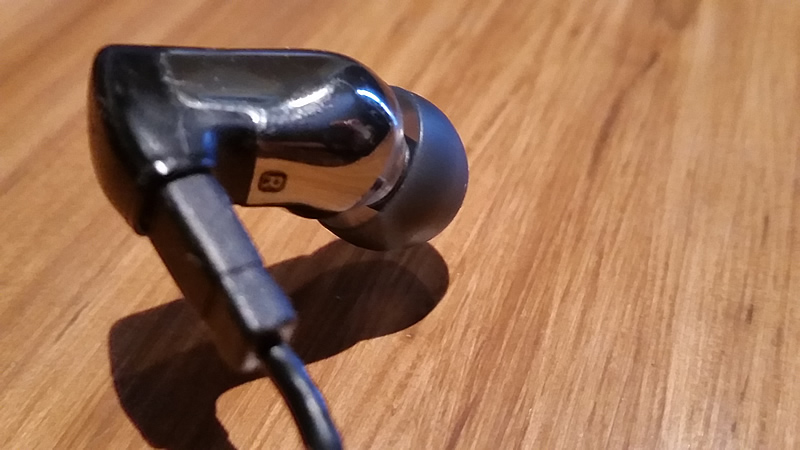 These Klipsch headphones have two indicators. It’s too bad you can’t read either. See the indicator on the headphone wire itself? Dark grey against a darker grey?

And can you even see the other indicator? Nighttime happens, headphones companies. And dimly lit afternoons. You’d have trouble seeing these in the clearest light of day.

Wait, maybe it’s eyeglass companies that benefit from this? 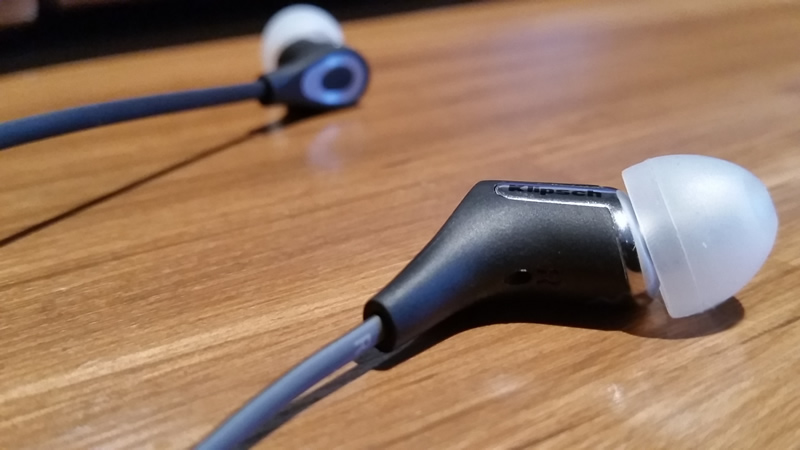 And it’s not just in-ear headphones. These Velodyne’s over-the-ear cans have a small stamp in the metal on the inside of the headband that you can only see if you angle it towards Mecca.

Really? Do I have to draw large L’s and R’s with a permanent marker on all my headphones? How am I supposed to look cool? 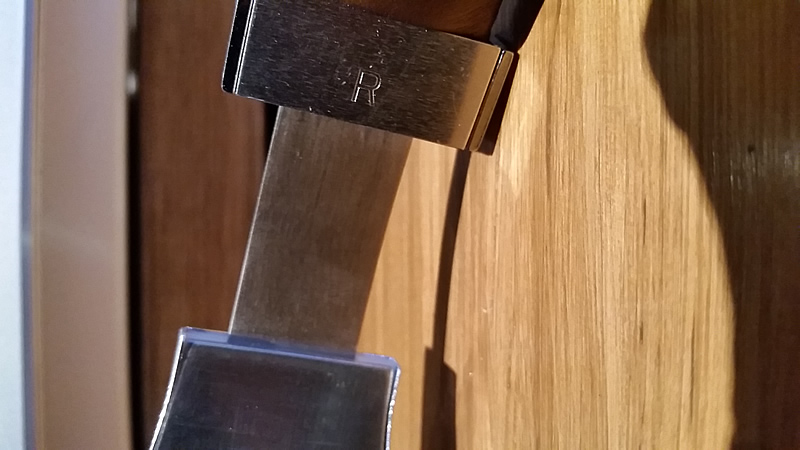 Listen, I know a lot of stuff is going on in the world that’s super-important. Maybe ISIS shot down a Russian plane over Egypt. Maybe our next President will be a billionaire xenophobe or a narcoleptic neurosurgeon. In the grand scheme of things, blogging about headphones seems like whiny hipster bullshit… but to paraphrase Plato, music gives soul to the universe, wings to the mind, and flight to the imagination. That’s some important shit right there.

Believe in Something Else

I’m Black Too (but only a little)