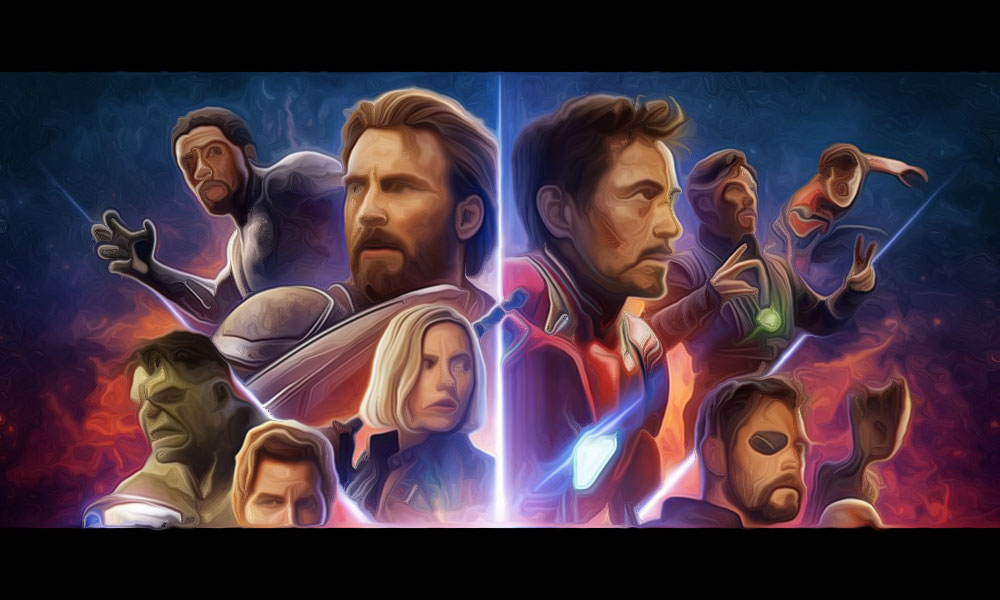 I said it before and I’ll say it again; I didn’t read Spider-Man comics for Aunt May, I read them for Spider-Man. And I want to see Spider-Man kicking the grains outta Sandman, not having a bad day at work or marrying Mary Jane Watson. This comic cost me sixty-five cents, put your mask on and go fight Mysterio. Also, it’s 1985.

Movies are a whole different animal, and there are plenty of reasons why your favorite hero ain’t wearing their mask. If I had to guess, I’d say a lot of it is ego. Just look at this recent poster for Avengers : Infinity War. With few exceptions, it’s a buncha human heads stuck on superhero bodies. Worse, it’s a bunch of narcissistic actor heads. 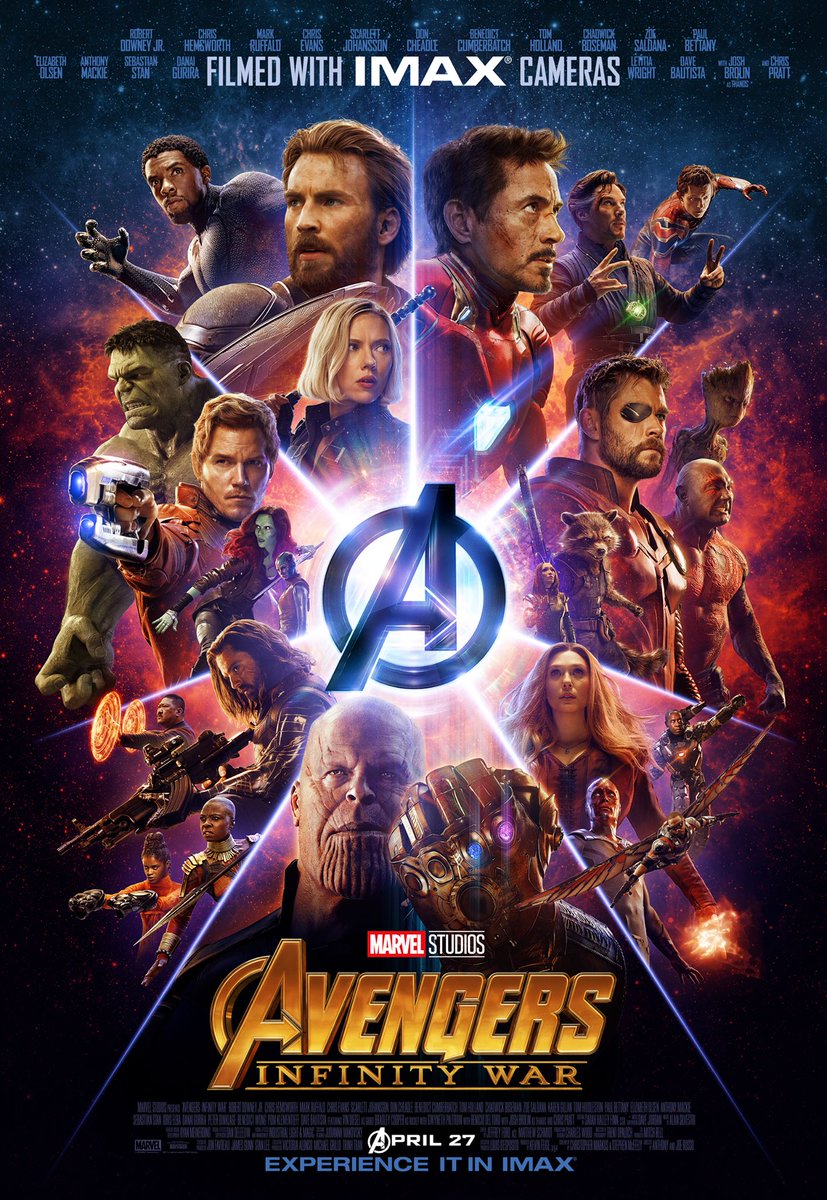 Bruce Wayne wasn’t on a cover of Batman until issue 101.

Unfortunately, it makes some sense that movies would shift the focus away from secret identities to super-recognizable celebrities. A lot of these actors are box-office draws in a time when less folks go to the actual movies. And it’s definitely cheaper to have a human talk to you out of their actual face than to CGI a complicated fight scene, I get it. Still, at some point it calls way too much attention to itself.

It used to be a real rarity to see a superhero without their mask on, especially on the cover of a comic book. Bruce Wayne wasn’t on a cover of Batman until issue 101. In the first 200 issues of Amazing Spider-Man (roughly 17 years) Peter was on the cover about five times.  Yet you barely see a clip of this movie where Tom Holland isn’t letting it all hang out. Jeez, even Vision has Paul Bettany’s head in this movie. These guys must have better agents than James Spader did.

And while I’m fake-angry about something totally inconsequential, what is up with costumes that appear out of nowhere? Yeah, I know the nano-technology Tony Stark employs in Infinity War has a basis in the comics, but how much am I supposed to suspend my disbelief exactly? You want me to believe Stark keeps a whole Iron Man suit up his butt? Are there really no more phone-booths?

Also, I can’t wait for this movie. 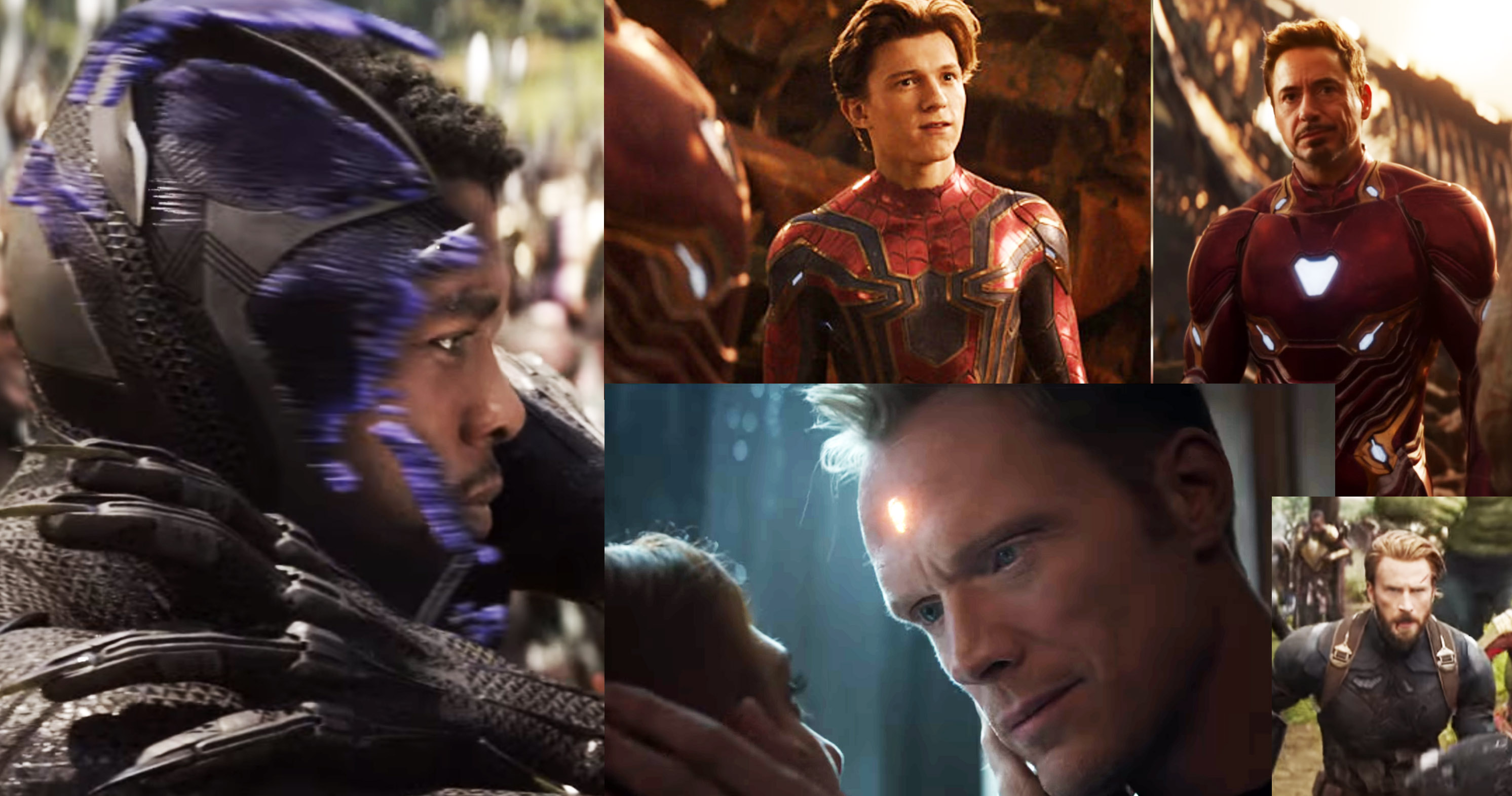