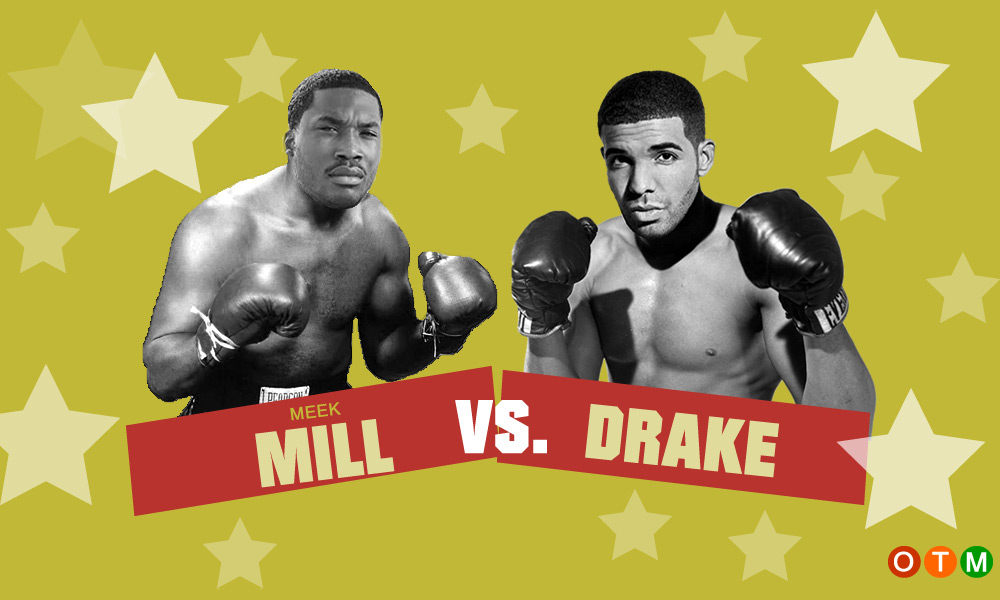 Remember back in the day when hip hop was real and rappers were good and ….STOP right there. This will not be another article about how things were so much better back in my era of hip hop and how we did it better and blah blah blah. Nor is it about stopping the violence and saving the children. The children are unfortunately on their own for this one. This is about good old fashioned silly ass beefs between groan (not a misspelling) ass millionaires complaining to the world about whom / what they like and don’t like.

Rappers are still claiming they are better than all other rappers .

Whether us old timers want to admit it or not, the rules of the game haven’t really changed. From Kool Moe Dee to Kool Mo’ Drake, rappers are still griping about who stole whose style from whom, albeit on Twitter and Instagram. Rappers are still claiming they are better than all other rappers and they’re unfortunately still pumping bullets into each others vehicles. Although I’d prefer the latter didn’t exist, the first 2 often leads to hip hop hijinx of the highest order. Let’s examine some of the latest tussles and throw-downs in our beloved genre. 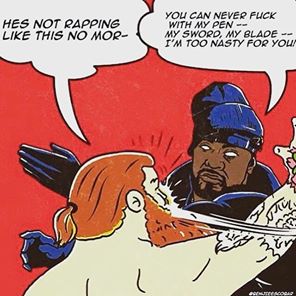 Recent addition to the Hip Hop family Action Bronson and vocal doppelganger of one Mr. Tony Starks a.k.a Ghostface Killah of the Wu Tang Clan may have gotten a bit carried away during a segment on ESPN (why are rappers on ESPN again?). After proclaiming “He’s not rapping like this no more” (referring to Ghostface) and being egged on by the ESPN conflict creating consortium (see The Decision or Skip Bayless), Ghostface not only responded but literally threatened to end Bronson’s livelihood and life. Well that escalated quickly. Although Action has since apologized (via Twitter), Ghost has since not accepted his apology in a recently released rebuttal video in which he eloquently stated “NO.” Me thinks Action may have bitten off more than he can chew (for once). 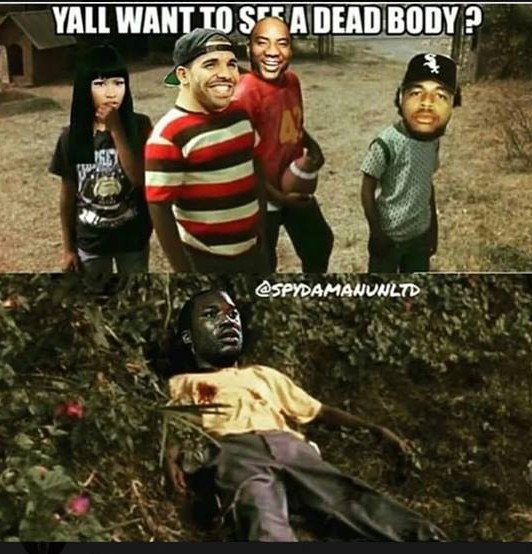 Did the singing rapper who used to be an actor just win a rap battle over the street rapper signed to the corrections officer acting like a street rapper? I don’t know what’s real and what pretend anymore. I feel like I’ve been drugged (where’s Bill Cosby?). Whatever the case may be, a battle featuring 2 of the largest stars in the genre currently just took place..sorta. All allegedly over Drake not writing his own rhymes but claiming to be a lyrical juggernaut and also not promoting their duet on Meek Mill’s latest album.

You would think Wheelchair Jimmy would be the one with the handicap and be coy in a rap battle but apparently Mill is the one who should’ve stayed Meek.  Before we knew it, there were 2 diss records from Drake and one “diss” record from Meek Mil. More importantly, there were 7,000 memes from social media and fortune 500 companies unanimously proclaiming who they believed to be the victor.

It would seem this tussle with Drake may have even caused the recent split with Meek’s current girlfriend and Drake’s label mate, Nicki Minaj. With ASSets like that in jeopardy, things don’t appear to be getting any better for Meek. 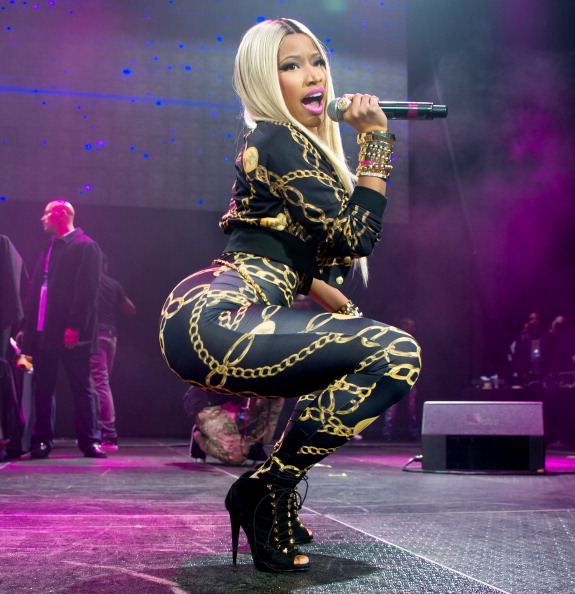 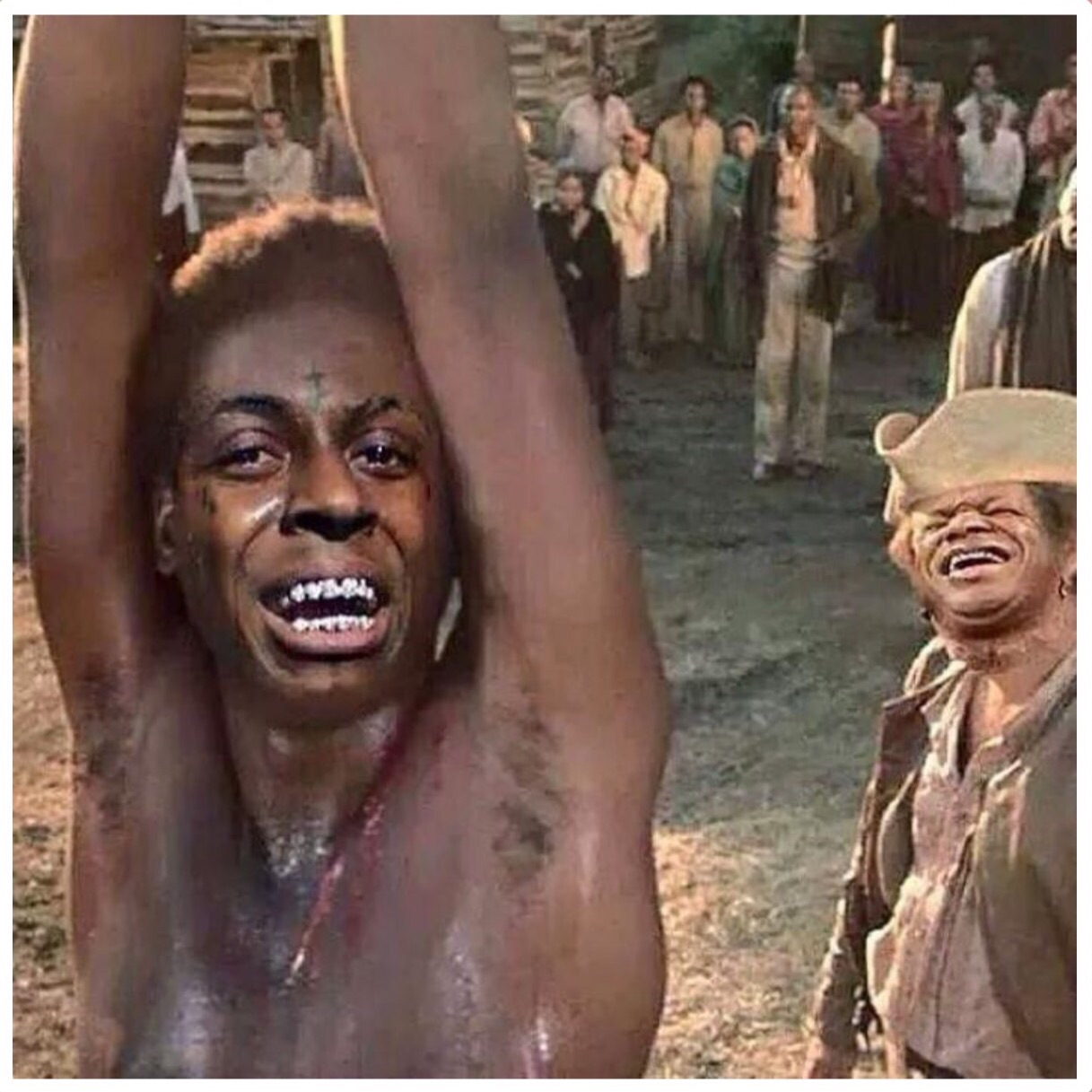 Now this is the type of father-son relationship only Senator Palpatine could appreciate. Lil Wayne, yet another Cash Money Records artist, has accused co owner of the label Bryan “Baby Birdman” Williams of not paying him his full monies. From Juvenile to B.G to Turk to Manny Fresh and now Lil Wayne, the list of rappers continues to grow to almost ALL Cash Money artists that have had financial disagreements with Birdman. Be that as it may, none of those artists were as big as Lil Wayne and none of those artists were literally raised by Birdman.

Wayne has aired his grievances publicly on many occasions in concerts and performances. This prompted Birdman to take the only logical course of action which consists of throwing cups of water on Wayne during said performances and possibly ordering his execution via gunshots to the tour bus. Birdman and another Cash Money Artist, Young Thug were recently named in the indictment of an associate (Jimmy Carlton Winfrey) for the attempted murder of Lil Wayne. Something tells me this one is far from over. Sure hope it doesn’t end in memorial songs and R.I.Ps.

This can’t be considered beef. This is more like kale-fed vegetarian soy beef.

So there you have it. The modern day beefs that have all ears perked up and ready to say “ooooh, you heard what he said about his momma?” Ok, I may have to change my opening statement. Maybe my generation did certain aspects of hip hop better because this can’t be considered beef. This is more like kale-fed vegetarian soy beef. I mean it says it’s beef and it may even look like beef but once you bite into it, the consistency immediately blows it’s cover and forces your tongue to scream; “SAY MAN! THIS AIN”T NO FILET MIGNON (pronounced Phil-Let Mig -NON!) There were no Takeovers or Ethers  here (Jay Z v. Nas) and The Bridge to the South Bronx did not collapse (MC Shan vs. KRS -1). No classics left behind and no classics to look forward to. So what exactly have we learned here, children? The only logical conclusions I can surmise from all this are;

Whether these particular round of squabbles fostered healthy competition amongst emcees or lent to the degradation of the culture remains to be seen.  For the moment at least, they registered as several blips in the social stratosphere and theses days, that’s kinda the only thing that matters. Oh well, at least they tried. Better luck next time.

Sidebar; Really Meek? That was your response?!??!?!?! Sidebar Complete.

Franny’s – Is this pricey Brooklyn pizza joint worth it?