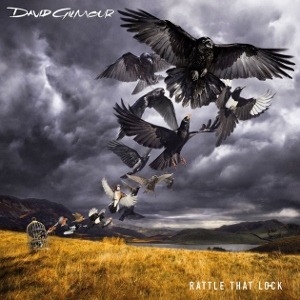 Gilmour’s wife Polly Samson may provide many of the lyrics, but no one can pinch-hit that lead guitar. Dave’s insanely melodic choices and that famously burnished tone are in tact, even as he pushes 70. Gilmour is a master with a Stratocaster with five decades of material under his belt and multi-million selling records. With nothing more to prove, he allows these tracks to ease into and out of being at a leisurely pace – sometimes ducking out of existence before they resolve themselves.

The opening of A Boat Lies Waiting wouldn’t sound out of place on (dare I say it?) Dark Side of the Moon. That is until the Crosby, Stills and Nash inspired vocals layered with semi-cheesy lyrics kicks in. I guess it’s impossible not to reference your past when 50 years of it have been committed to tape. While nothing will ever beat his 1978 self-titled solo record, this may be the next most listenable of his four solo discs. So it’s not out of laziness that some songs could fit into his older solo records quite easily. Today could fit happily onto 1984’s About Face, for instance.

Gilmour is a master with a Stratocaster with five decades of material under his belt and multi-million selling records.

Rattle That Lock is at it’s best when it doesn’t care what you expect. Is that a jazzy interlude smack dab in the middle of Dancing Right in Front of Me? Uhm, yeah. If you could do it, you would, too. David picks up that sound again in The Girl in the Yellow Dress, hinting at an alternate reality where he plays a residency at a Cafe Carlyle in your dreams.

In Any Tongue is an uncharacteristically emotional tune about going to war in your country’s name. Although I admit I thought it was about his adopted son Charlie’s arrest during England’s tuition fee protests when I first heard it. With son Gabriel on piano and Polly providing the lyrics, it’s a family affair, for sure – marinated in dark minor chords, Gilmour’s nicely weathered vocals, and an outro reminiscent of the beautiful solos on The Wall and The Final Cut.

We get a few smooth instrumentals done like only Dave can do them. Not very experimental, okay, but expertly executed and meticulously engineered. As far as experiments go, the groovy title track is based on a jingle used by the French transit system. That’s more than you’ve ever done with a found sound, admit it.

The deluxe edition has a remix or two, some short films, and a few live jams with the late Richard Wright that are worth checking out. There’s a little something for all hardcore fans here. As far as new fans go… well, he doesn’t need them anyway.

Related Topics:David GilmourPink Floyd
Up Next

Why Video Games Are Great For Your Life