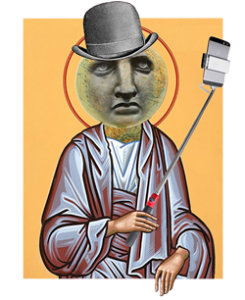 When I was a kid, they told me that a fairy would leave a dollar under my pillow if I put a tooth there. Otherwise, I have to be honest, I was blissfully unaware of the tooth market, or why, frankly, these transactions occurred while one of us was sleeping.

I bought into it, all childy as I was, in the same way I thought ghosts and monsters were real. If you can convince a child that fairies pay a buck a tooth, you can convince them of anything.

I believed anything. You name it.

And I believed anything. You name it. I was certain Bigfoot walked around the woods by my house. That the Creature from the Black Lagoon could grab my leg in the swimming pool. That any one of my friends could possibly be a werewolf. And why not? My family had me believing a total stranger flew magically to my house every Christmas with presents if I cleaned my room sometimes.

As with the Tooth Fairy, I’m to sleep through the transaction. That’s getting suspicious, no? It’s a wonder I was able to get any sleep at all, never sure when the next cheap pixie might prance in unannounced.

This generous stranger visited every house on the block (but the Greenspans), and while I was made to believe there was a shop somewhere far away, it was obvious he shopped in the neighborhood. Probably on his break at the mall.

My world was turning upside down Inception-style.

I may not have been the smartest kid on the block, but I had hoped I was at least sharper than my brother who once accidentally used a pumice stone instead of soap to clean his face. Yet he knew the truth before I did. My brother, who ate a mouthful of hot Chinese mustard when I convinced him it was “candy.” He knew the truth before me. So either my parents decided he (and not me) could handle the news, or he figured it out himself. Either way, I was clueless until he keyed me in.

“What about the Easter Bunny and Santa Claus?”

He was silent a moment then shook his head, bummed to be bursting my bubble, and careful to let me down easy.

Still, my world was turning upside down Inception-style. One by one all the things I believed in were being exposed as lies. Everything was a lie. Everyone was apparently lying to me. Family, friends, TV.

At the very least this explained why I found presents from Santa weeks before Christmas under my parent’s bed.

But now I wasn’t so sure.

The Rebirth of the Jive Turkey