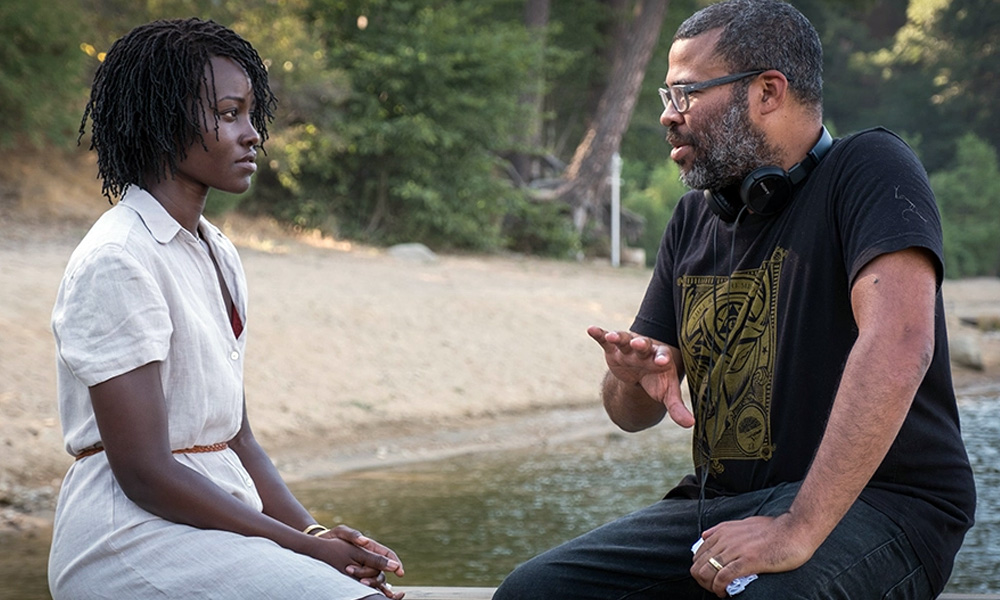 A family’s serenity turns to chaos when a group of doppelgängers begins to terrorize them.

Rarely do I prepare myself to see a film, but Jordan Peele’s Us is one of those rare movies I didn’t need to see more than one trailer for, nor did I need the hype of other critics. I also wanted to judge this film off its own merit rather than comparing it to his freshman standout, Get Out (which made my #1 film of 2017). Comparisons will be made, but I’ll try to keep them as minimal as possible.

The stand out feature is that this film is beautifully shot. The cinematography of this movie adapts to its environment seamlessly whether it’s a vibrant beach scene or a dark setting where just enough of the characters faces needs to be made out.

Also, I thought Lupita Nyong’o as Adelaide’s doppelganger, Red was a terrifying character. Everything from her awkward pantomimes to her unhinged voice was the thing of nightmares.

Now, there were a few (lots of) issues I did have with the film. I left the theater with more frustrating questions than fulfilling answers. It felt like too many ideas where in the plot and too much symbolism was forcefully wedged in to satisfy the expectations of the Get Out fans, but it came out as a jumbled mess of psychology that I didn’t want to spend my viewing time deciphering.

A lot of the horror that was built up for this film was also very deflating as the Wilson family was spared instant death and provided a background story by their doppleganger’s while others were swiftly killed before they knew what hit them. Halfway through the film, you pretty much knew they were safe from any death or violence which takes away all tension as a viewer.

The connection between the characters and their dopplegangers wasn’t fleshed out enough. Some things came off as inconsistent and driven for plot convenience, rather than a solution. I didn’t get many of the motivations and the decisions that drove the actions of our protagonists. I didn’t understand why the dopplegangers wore red jumpsuits and just one fingerless driving glove. The one symbolism I understood was the scissors, which if you look at the handle on the poster, looks like mirrored heads. This was the weapon used to cut the connection between themselves and their other half. Otherwise, I may need to see some other folks interpretations of the film.

Also, the editing was not good. There were scenes that were waaaay too long and could’ve used a few chops. The opening credit scene reminded me of an old horror movie from the 70’s (think the Amityville Horror ’79) where the title card has nothing going on, and as a viewer I felt stuck looking at a bunch of rabbits for what I assume was 3 minutes just waiting for the movie to get started.

There’s just too many questions, and too many inconsistencies to feel comfortable giving it anything higher. Maybe in the upcoming weeks certain plot revelations might come to fruition, but I’m not looking for Kubrick levels of hidden meaning, and this is not Kubrick-esque. I’ll chalk this up to a sophomore slump by Peele and the pressures of following up to such an acclaimed film. I just got hints of M. Night Shyamalan in this movie, meaning a Director/Writer who is owning a genre and gets type-casted to that medium. Let’s hope Jordan Peele doesn’t head down that same road.

7.5
Us (2019) 116min | Horror, Thriller | 22 March 2019 (USA)
Director: Jordan PeeleWriter: Jordan PeeleStars: Lupita Nyong'o, Winston Duke, Elisabeth Moss
Summary: A family's serenity turns to chaos when a group of doppelgÃ¤ngers begins to terrorize them.
Countries: USALanguages: English
Source: imdb.comDisclaimer: This plugin has been coded to automatically quote data from imdb.com. Not available for any other purpose. All showing data have a link to imdb.com. The user is responsible for any other use or change codes.
Related Topics:Featured
Up Next