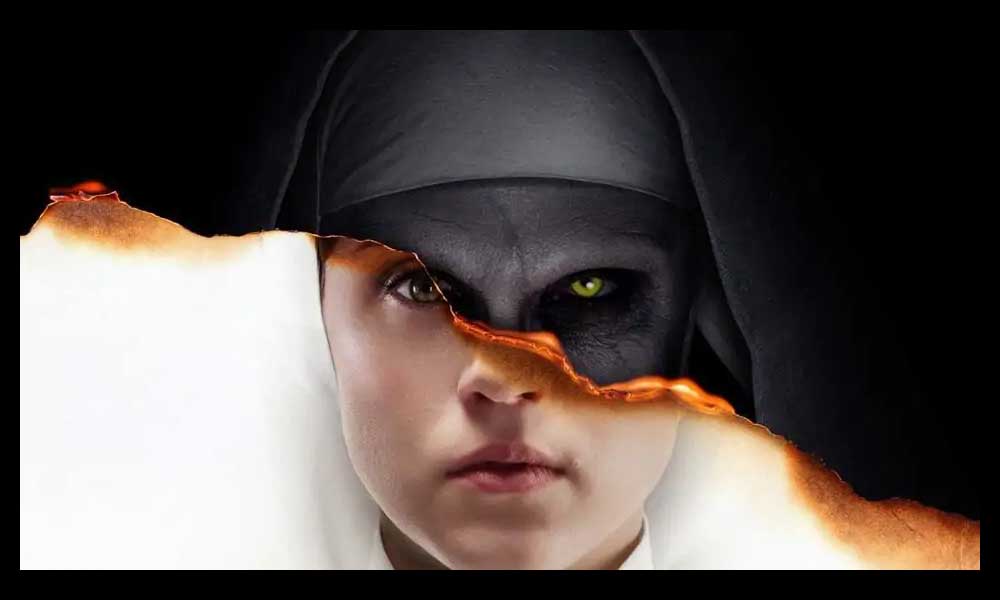 A priest with a haunted past and a novice on the threshold of her final vows are sent by the Vatican to investigate the death of a young nun in Romania and confront a malevolent force in the form of a demonic nun. 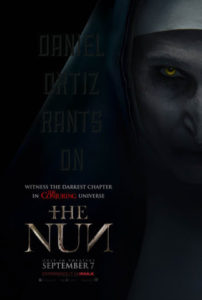 Before I get into this review, lets talk briefly about The Conjuring cinematic universe. Now, the first Conjuring, I didn’t find it scary, but I did find it very entertaining. The second Conjuring I found to be pretty creepy. Both of these movies were directed by James Wan who also directed Insidious 1 & 2. When it comes to horror, some of his stories have continuity problems, and plot conveniences, but the man really knows how to utilize creepiness and maintain real and unexpected jump scares. It gets you invested in the movie based on fear alone. He’s so good at it, he was able to spawn spinoff films, first with the Annabelle series and now with The Nun.

The problem is that he doesn’t lend his directorial skills to these extended films, and well…they end up falling flat. I will give credit to Annabelle 2: Uprising (as I like to call it). It was better than the first one, but it was definitely no masterpiece.

Now with that brief history of the CCU (as I like to call it) out of the way, lets keep the critique of The Nun short and sweet. It was doo doo.

At the very least I assumed that the film would touch on some things that would play against my faith, but this felt like a story that even Catholics would say, “Dude, you guys have some great imaginations!” It felt entirely too tame, extremely predictable and the story was way too outlandish.

The characters were boring, bland and unforgettable. The demon nun was even boring and lacked a coherent or credible background story. It made me realize that you can take the same character, and one Director make magic it while the other makes smoke and mirrors.

Lets keep the critique of The Nun short and sweet. It was doo doo.

The jump-scares were literally stand-scares. I predicted every single moment that was supposed to be a, “catch you off guard” scare scene, and found myself highly annoyed by the trope of following an ambiguous figure pacing vigorously away from the main protagonists while the protagonist chased them down some dark corridor or smoky forest.

As usual, they try to tie this back to the original Conjuring movie, but it was weak, and you barely remember the original scene in the first place.

It wasn’t good. That’s the end all of it. I would suggest staying home and re-watching The Conjuring 1 & 2. You will get much more out of watching these films. I would also suggest leaving these cinematic universes to Marvel and D.C……just Marvel.