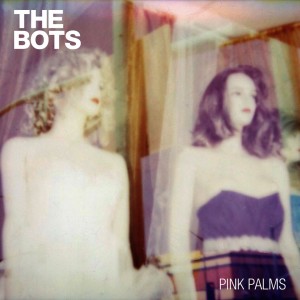 When you’re me, you think a lot of garage rock sounds like the Pixies, and this record certainly does in spots. And yeah, maybe Jack White will throw a hissy fit that yet another guitarist and drummer are making blues and rock based music.

While this record does owe something to bands like the Pixies, White Stripes, and The Black Keys, it has its own brightness, something like new light through old windows.

Pink Palms is packed with ginormous low-fi hunks of riffy guitar and Keith Moon bombast tempered by the great musical choices of bandmates and brothers Mikaiah Lei (guitars, vocals) and Anaiah Lei (drums). I read these two recorded their first record when they were 15 and 12 – which was only like five freakin’ years ago.

Pink Palms finds them improving-upon and moving-beyond their skate-punk roots – influenced by good mentors and gigs with Blur, Tenacious D, Bad Brains, and spots at Coachella and Bonaroo.

Opening track Ubiquitous manages to sound like Godzilla fighting Black Sabbath and Weezer in a steel cage at CBGBs. The winner? You, cupcake. By track two, the monumental Blinded, we’re starting to recognize some of Damon Albarn’s influence. Albarn recorded demos for the record at his London studio.

As part of my probation, I’m resisting the urge to compare every track to another band. Still, Bad Friends sounds like the best Smashing Pumpkins’ song since 1995. True or not, it looks good in the call-out over there.

Back in Hollywood, Nick Zinner and Justin Warfield produced, keeping things punchy and crunchy. Poppier tunes like the herky-jerky Alanna and the hooky Ethiopia benefit from their unfussiness – and the later from some Matt Sharp-ish sounding keys. There’s an oxidized patina of cool across all these tracks, even the new-wavey Wet Blanket and the psychedelic Side Effects.

Original photo of The Bots by Rebecca Smeyne re-mixed by the author.