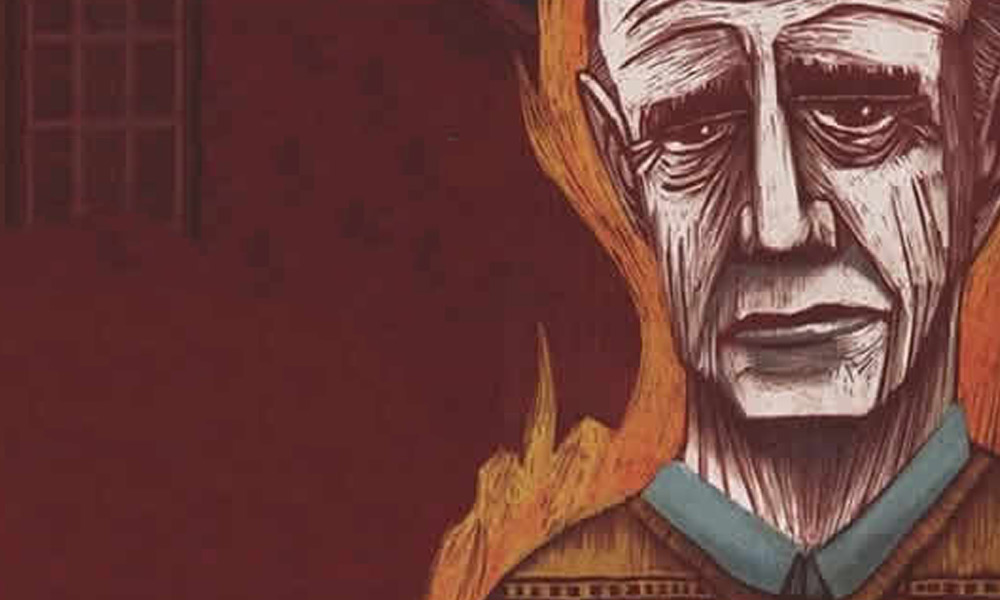 A nearly unforgivable prank was played on me over the weekend when I was asked by my lovely lady if I wanted to go to the movies after work. It was a particularly tough workweek and I couldn’t think of a better way to unwind that didn’t involve copious amounts of alcohol and/or guns. The two rarely mix well so I said ‘sure’, without thinking to ask what it was we were going to see.

Knowing that we were going to the Alamo Drafthouse, I may have been too distracted to ask for any details about the movie. You know, important little details like ‘what’s it about?’ or ‘who’s in it?’ or, as I learned that night, ‘who wrote and directed this film?’ The fact that The Alamo serves my favorite beer (Yonkers IPA) and has unlimited refills on popcorn, was enough of a reason to sit through just about anything for 2 hours.

The fact that The Alamo serves my favorite beer (Yonkers IPA) and has unlimited refills on popcorn, was enough of a reason to sit through just about anything for 2 hours.

We arrive 10 minutes early. Unfortunately that’s way too late to get tickets that aren’t in the front row. It’s a Friday night after all so I guess that’s to be expected. Normally, having to sit in the front row would be reason enough to wait until the next show or just find another theatre. But, we were already there so for whatever reason (Yonkers IPA), we decided to stay.

We order our drinks and popcorn just as the last of the previews are finishing up. I’m only slightly more informed about the movie because I walked past the poster as we were entering the theatre… “The Visit.” Never heard of it. In my head I hoped this wasn’t a documentary about menstrual cycles. I’m just basing that on the title…meh, it didn’t matter if it was. Yonkers IPA. I see our server with our drinks. Cue the libations. The lights dim to a dull glow. Cue the opening credits. What appeared next on the screen let me know that I should be afraid for the next 2 hours. I should be very afraid. “Written and Directed by M.Night Shyamalan” Cue the WTF?! HOW DID I LET THIS SHIT HAPPEN?!

Never, in the history of movie going, has such an audible “AW SHIT!!!” been let out by audience member that the people 3 screens over could hear it. Was that out loud? Sorry, it was supposed to be in my head. It wasn’t the kind of “Awwww SHIT!!” you bellow out when your favorite song comes on in ‘da club’. No. This was the other kind. The kind of “AW SHIT!” you yell out when you step in a big pile of ACTUAL shit. In this case, it was a big pile of what I thought was going to be eye shit. That’s right. Shit. Just for your eyes.

If I gave you a million guesses as to what the last watchable M.Night movie was, you’d probably guess it on the first try. Go ahead. I’ll wait. That’s right, it was The Sixth Sense. Since then it has been a downhill slide of shit. That’s right a slide made of shit. Built specifically for M.Night movies to ride on before they hit movie screens and shit in your eyes. With that being said, you would be surprised to know that this film was surprisingly enjoyable.

In my head I hoped this wasn’t a documentary about menstrual cycles.

I wanted to write a full review for The Visit but it would be hard to without giving away the simple plot. After seeing it, I actually read one review that gave away the whole story in 25 sentences. So much for spoiler alerts. Basically two teens (Olivia DeJonge as Becca and Ed Oxenbould as Tyler) go to visit their grandparents, whom they’ve never met. They’re old. They do creepy shit…kinda like real grandparents. Strange stuff starts to happen. The end. Seriously, if I told you more than that, you wouldn’t have to go see it. 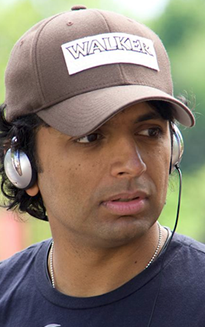 If you know anything about M.Night films, there are two things you can count on. 1. It’s not going to be scary but there will be a few cheap scares in there. 2. There will be some kind of plot twist. He doesn’t disappoint with either though, the plot twist was pretty weak and predictable. What I was surprised about was how entertaining the two teen actors were and how many laughs there were throughout the movie.  Ed Oxenbould steals the show hands down as aspiring white rapper Tyler and Olivia DeJonge is not far behind with a exceptional performance considering who wrote the script.

This is easily, for me at least, M.Night Shyamalan’s second best movie. Was it a great movie? No. I don’t even know if I’d call it a good movie, but it was certainly worth the price of admission. Go see it.

Thought provoking, inspiring, witty, charming, charismatic and handsome. None of these terms have ever been used to describe Richard Sean Airy. Instead, he is a fat, cat owning, water head having, Krispy Kreme eating son of a B!#$% whose ego is as wide as it is tall. If you like biting sarcasm, cringe worthy puns and a whole lot of cynicism on the side then this Dick will be right up your alley. @dickseanairy on Twitter

Related Topics:FilmHumorM.Night Shyamalan
Up Next 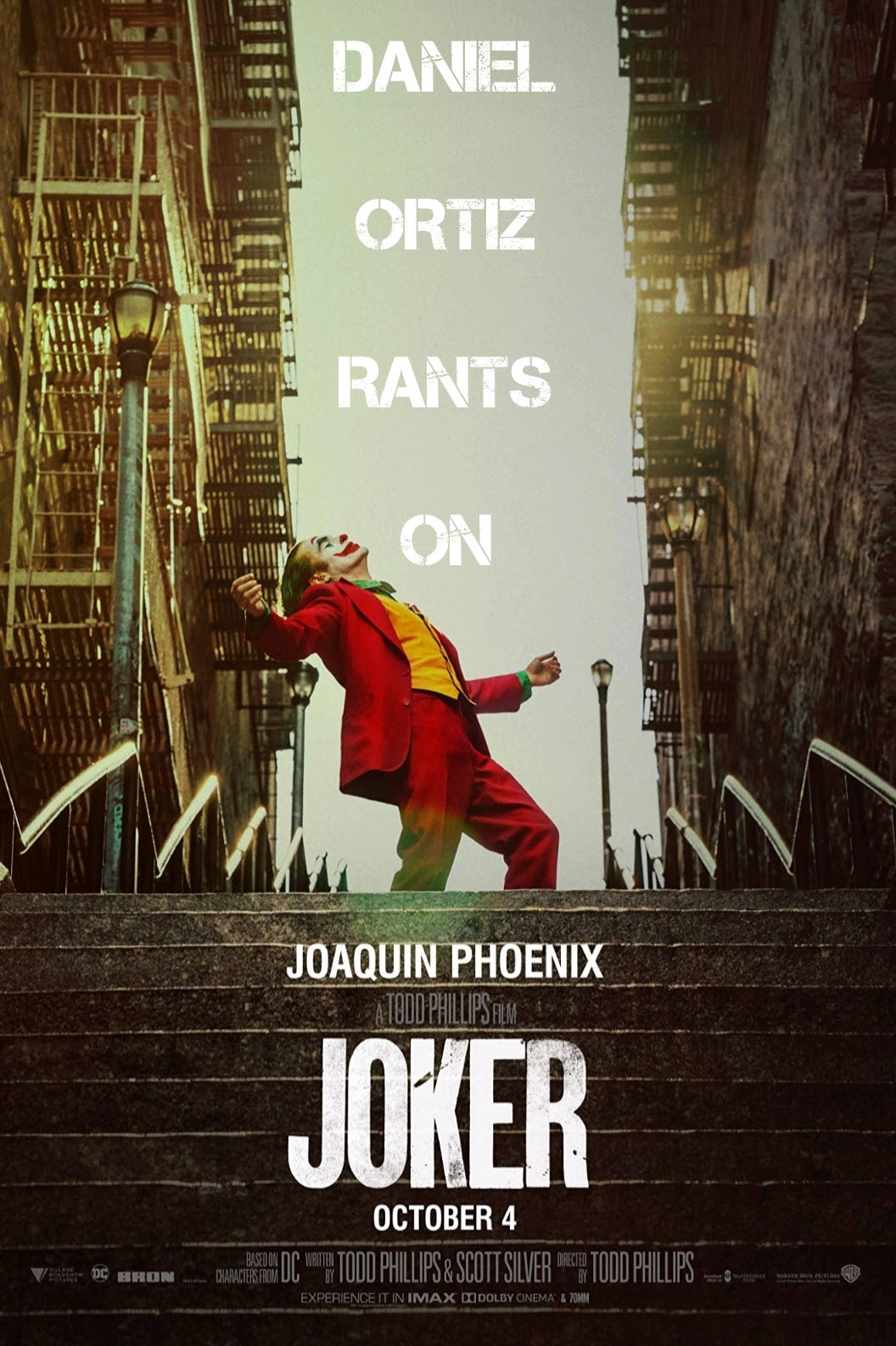 No villain in comic book history has been more praised, dissected, and interpreted than the Joker. His enigmatic past has given several authors opportunity to give their take on his origins, yet never stapling him down to any legitimate background. This film is another folklore to add to the potential rise of a mad man.

If you’re expecting a superhero movie, you have definitely come to the wrong place. This film is a character study of a man suffering from trauma, abuse, and mental illness. It relates less to the Batman comics and more to a blend of Martin Scorsese‘s Taxi Driver & King of Comedy which ironically both star Robert De Niro. It dives deep into the descent of a delusional man pushed to his absolute limits as he begins to find his ultimate self in the bowels of a maddening society.

Joaquin Phoenix was spectacular in the role, embodying the look and characteristics of the villain we are all familiar with, yet adding a twisted perspective that humanizes his actions and roots it in many forms of anguish. His body twisting in macabre movements added to a tone which conflicted its viewer between rooting for him or slowly separating ourselves from his bizarre antics.

The environment of the movie is perfect for this character: New York City in the early 80’s, which is how we’ve been conditioned to stereotype Gotham. It’s dirty, dreadful, ugly, and cultivated all the elements needed to allow sickness to thrive.

The supporting cast added value to the movie without standing out more than Joaquin, who is impossible to outshine.

Only two big flaws I found with the movie:

1. It was very slow-paced. Just surpassing two hours it felt like it dragged during certain scenes and some tighter editing could’ve cured some of that.

2. I would’ve love to have seen more of the clown make-up. Even though Arthur Fleck was interesting on his own, there was a certain level of superhuman strength he dawned with the clown paint. He was evil, he was scary, and inhuman, and that would’ve been just as intriguing to observe.

Other than that. It was a pretty solid movie.

Joker was more fascinating than I anticipated, and strikes a good balance between comedy and tragedy. I recommend it to anyone that is happy cringing through some really foul human behavior.

9.0
Joker (2019) 2h 2min | Crime, Drama, Thriller | 4 October 2019 (USA)
Director: Todd PhillipsWriters: Todd Phillips, Scott SilverStars: Joaquin Phoenix, Robert De Niro, Zazie Beetz
Summary: In Gotham City, mentally-troubled comedian Arthur Fleck embarks on a downward-spiral of social revolution and bloody crime. This path brings him face-to-face with his infamous alter-ego: "The Joker".
Countries: USA, CanadaLanguages: English
Source: imdb.comDisclaimer: This plugin has been coded to automatically quote data from imdb.com. Not available for any other purpose. All showing data have a link to imdb.com. The user is responsible for any other use or change codes.