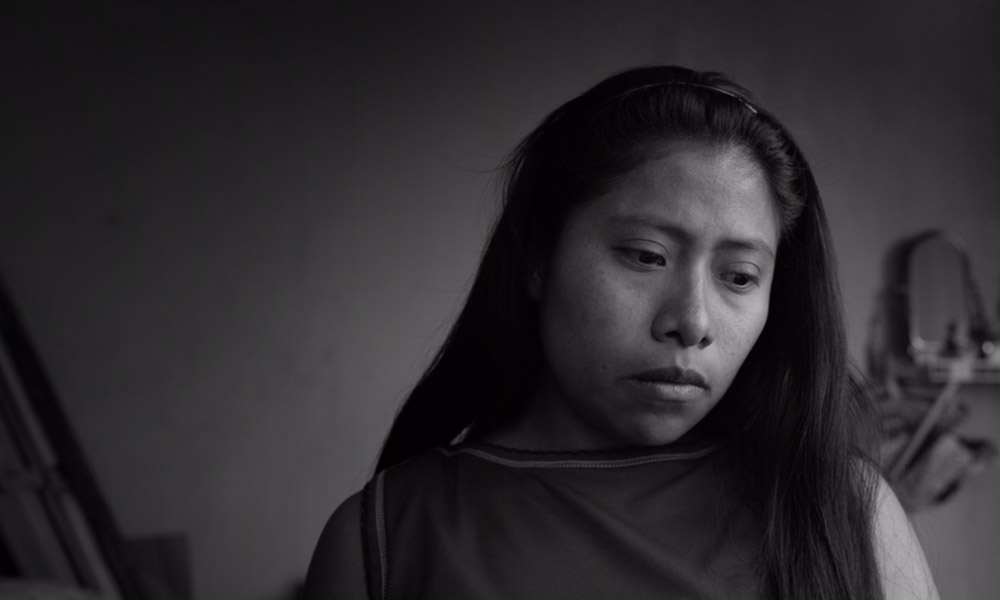 Alfonso Cuarón’s Roma is easy on the eyes yet sometimes hard to watch, which is a credit to the Director and that connection he creates between viewer and heroine – in this case Cleo, the family maid and emotional heartbeat of the film. We love and sympathize with Cleo immediately. There’s no way she’s making it to the end unscathed.

Cleo is part of the family yet could be fired any minute for, say, not cleaning up after the dog the day Dad leaves the family forever. That uneasy precipice between acceptance and utility has made her a warrior that handles each situation with a compassion lacking in the noxious men around her.  She’s the Marge Gundersen of Mexico City – insofar as she spends much of the film pregnant, making all the right moves within a world where the options are questionable.

Cuarón does more with silence than most do with tons of exposition and editing. There’s a reason he’s the only person to be nominated for Best Director and Best Cinematographer in the same year.

Like some of the 1969 sci-fi movie Marooned referenced within the film, Roma moves at a snail’s pace – allowing the story to seep into being rather than seem forced upon you. Underlying anxieties of race and toxic masculinity bubble beneath the surface, tethering the zeitgeist of 1971 Mexico City to the here and now.

What Yalitza Aparicio brings to the role of Cleo is astounding. She has an unassuming charm yet commands the screen. A masterfully presented scene of Cleo in labor does something few films ever do: get me to suspend my disbelief. I’m always hyper-aware that there’s a sound guy holding a boom mic off camera and a slew of crew itching for craft services. It’s a curse that keeps me from enjoying movies like most folks do. But there are moments in Roma when I forgot I was watching people pretend. It’s a great trick if you can pull it off, and Roma does so with grace.

8.0
Roma (2018) 135min | Drama | 21 November 2018 (USA)
Director: Alfonso CuarÃ³nWriter: Alfonso CuarÃ³nStars: Yalitza Aparicio, Marina de Tavira, Diego Cortina Autrey
Summary: A year in the life of a middle-class family's maid in Mexico City in the early 1970s.
Countries: Mexico, USALanguages: Spanish, North American Indian, English, Norwegian, Japanese, German, French
Source: imdb.comDisclaimer: This plugin has been coded to automatically quote data from imdb.com. Not available for any other purpose. All showing data have a link to imdb.com. The user is responsible for any other use or change codes.
Related Topics:FeaturedNetflix
Up Next