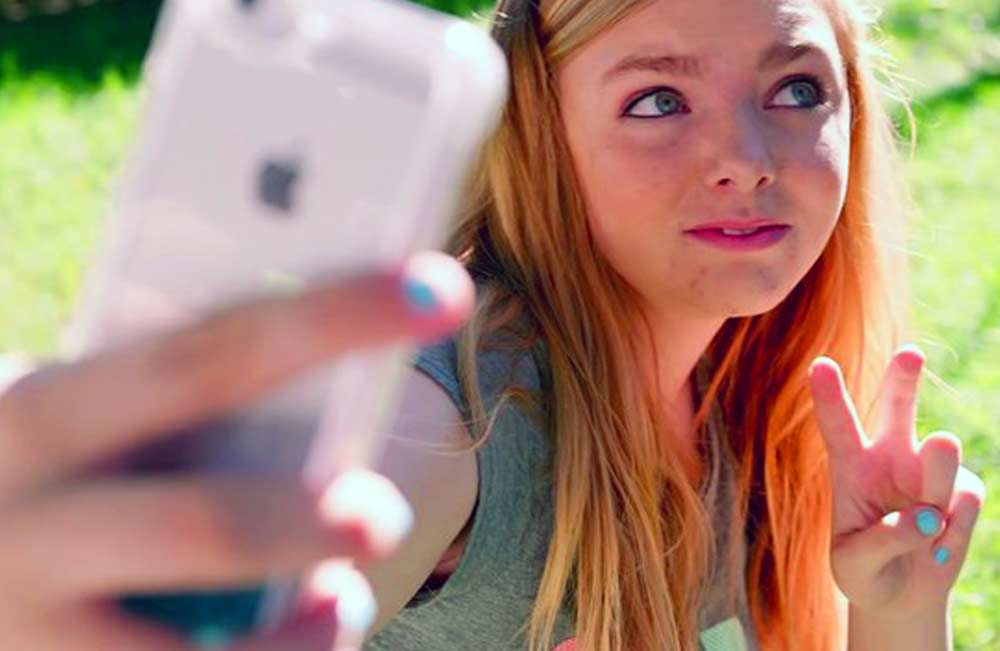 “Thirteen-year-old Kayla endures the tidal wave of contemporary suburban adolescence as she makes her way through the last week of middle school–the end of her thus far disastrous eighth grade year before she begins high school.”

That IMDB quote above sums up the story of Eighth Grade, but captures none of the nuances of Bo Burnham’s clever directorial debut. And that’s fine, because putting a finer point on the story might limit the audience in the same way giving the film an R rating did. Yes, this is some heady stuff, some of the sexual references may seem a bit too adult for your average thirteen year old. Still, this isn’t 1977, where your only choice for seeing naked humans might be sneaking onto the bookmobile and leafing through old copies of National Geographic. This is 2018, where all things good and bad are a thumb swipe away.

I would guess that thirteen year olds today know way more than I ever did at thirteen, and maybe more than I did at twenty. We insult them by suggesting they can’t navigate the sexual subjects Mr. Burnham handles with aplomb in Eighth Grade.

Not to say that it’s a dark film, just a complex one.

In a true breakout performance, Elsie Fisher plays Kayla, whose YouTube channel gets as many hits as she has friends… which is to say none. She’s a square peg at school who never came out of the shell she was in when she made that shoebox time capsule three years ago.

Kayla makes a few last ditch efforts to fit in before the school year ends, even if that means pretending she’s something that she isn’t. Or at least isn’t yet. Does she make all the right choices? No. Did you?

I saw the film with parents of young children and wondered if it played out like a horror movie to them. One scene in particular of a high schooler forcing a game of truth or dare on Kayla in the dark backseat of his car is appropriately creepy and expertly directed. Not to say that it’s a dark film, just a complex one. Even the trope that social media masks the truth more than reveals it is handled with a light touch. There’s a ton of laughs even if some make you uncomfortable.

Like last years Lady Bird, Eighth Grade succeeds in balancing the notion of what we are supposed to be with what we are becoming – and while most of us are not in eighth grade anymore, we are always becoming. 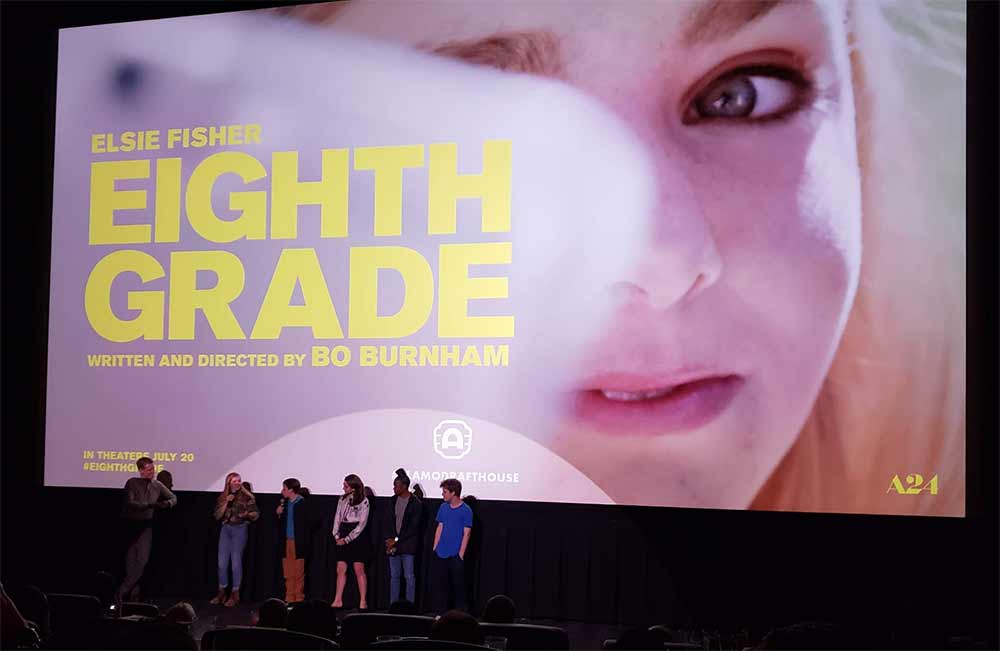 The cast of Eighth Grade take questions at Alamo Draft House in Brooklyn.