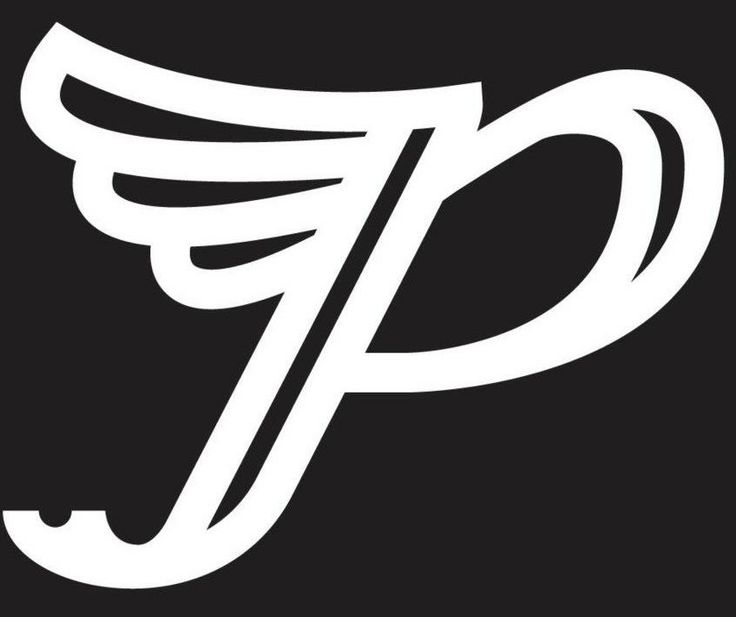 Contrary to what folks were telling me, I was not a precocious teen. In truth I was severely limited in my thinking and ultra conservative in my actions and beliefs. I was sure that the God that created everything was judging my every move, so I was pretty careful about what I let in and that included music. Most of what I liked had gone through the filter of popular radio at some point in time. That included a song called “Here Comes Your Man” by Pixies, a plucky pop song that was such an earworm I bought the Doolittle cassette without hearing any other songs on it.

I was a delivery boy and it wasn’t unusual for me to listen to the same cassette over and over again for weeks at a time. That’s how I learned every nuance of Elvis Costello’s This Year’s Model or Animals by Pink Floyd, and that’s what I expected to do with Doolittle. 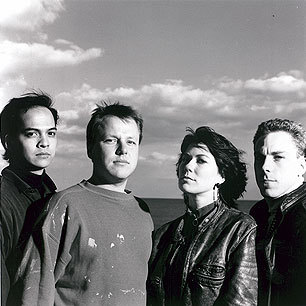 Only Doolittle sucked. Apart from “Here Comes Your Man,” there wasn’t one track I liked on first listen. Honestly, I thought I had the wrong band. “Here Comes Your Man” was a catchy pop confection. These other songs were a rusty aggressive mess of screams and scratches. I had buyer’s remorse immediately. I almost tossed the cassette out onto Amboy Road.

I kept listening to it, like it was some sort of punishment or exercise, until I finally got it. Until “Here Comes Your Man” became my least favorite song on the record. Dootlittle forced me to change, and I was never the same after it clicked in me. Not even one of my friends felt the same way. I couldn’t get any of them into it. One day in college I slipped my headphones on a friend sitting in front of me and asked him to listen to the first track. I could see it in his eyes immediately.

Produced by Gil Norton, Doolittle explodes onto the scene with the frantic “Debaser,” two minutes and fifty seconds of the most alternative rock my ears had heard up to that point. Sheltered as I was, somehow I already knew Un Chien Andalou, the surrealist movie by Luis Buñuel and Salvador Dalí referenced in the song, where a woman’s eyeball is sliced by a razor. How I saw that movie before the internet is a memory I’ll never recall. I spent a lot of time watching weird VHS compilations back then, so anything is possible. Anyhoo, that this song captures that derangement is a testament to the band and its producer.

Pixies had already released the EP Come on Pilgrim (’87) and their first studio record Surfa Rosa (’88) by the time Doolittle was recorded. They’d only have another two studio records in them before the band would break up for 12 years (and not make a new record for 20).  Doolittle is the band in their prime. A well oiled machine built on seemingly rudimentary bass-lines, choppy guitars, surf melodies, mythological terror, and an abundance of marijuana. Hey, most of the Beatles records would be blank if it weren’t for marijuana, and Dylan’s, too.

“Tame” was the track that really pushed me over the edge. I remember the moment I was listening to it in the shower when it all made sense. How could I ever go back to Billy Joel again? And what does it say about me that my college yearbook quote is “Cookie, I think you’re tame!!!”

Things simmer down a bit with “Wave of Mutilation,” a surf epic packed into two minutes of chugging guitars.  Pixies fans know to expect the esoteric from Black Francis and “Wave of Mutilation” delivers. It’s the story of a Japanese businessman driving the family car off a pier into the ocean as part of a murder/suicide. A Top 40 hit this was not. Black Francis had a penchant for writing deeply cryptic songs whose meanings you’d only know if he felt like revealing them in interviews.

“I Bleed” hits Pixies fans in the sweet spot. Haunting background vocals by bassist Kim Deal, and a surfy melodic groove that explodes into a rusty cacophony of wailing guitars and shouts.  The perfect setup for “Here Comes Your Man,” the big single from the record, and one that buttressed their cult status. Truthfully, they got more famous during their breakup than they ever were while together, but don’t blame “Here Comes Your Man.”

Fan favorite “Dead” is an oxidized melange of wailing guitars and references to Bathseba with lyrics like “I’m tired of living, Shebe, so gimme dead,” which extends Black’s fascination mixing sex and death. The next track, “Monkey Gone to Heaven,” was the second single and an alt radio staple. It’s one of their most accessible songs, even if the lyrics are batshit crazy in the best possible  way.

Pixies get even more weird on “Mr. Grieves” and the frenetic “Crackity Jones.” I especially hated these songs upon first listen, and now they are among my favs. Crunchy, offensive, esoteric, and played with animal-like ferocity.  These tracks are the antithesis sonically and lyrically of “LA LA Love You,” a tongue in cheek surf track that sounds like the legitimate child of Elvis Presley and Dick Dale. That one is sung by drummer David Lovering.

“No. 13 Baby” is another song that checks off all the boxes for Pixies fans. If you don’t dig the Pixies, you won’t like this song (or probably most of their catalog. Also, you’re not reading this).  The production is so clean and the track embraces that quietLOUDquiet aesthetic bands like Nirvana would ride into the kind of stardom that eluded the Pixies. I always felt like the last two minutes of this song epitomized the Pixies sound and it segues perfectly into the crackling classic “There Goes My Gun.” 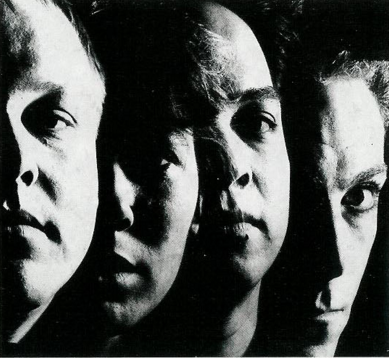 hat can be said of “Hey” that hasn’t been already. Talk about magic in a bottle. Originally titled “Chained,” it has that plodding bass, those weeping guitars, insane lyrics, and something of an R&B lilt. Not exactly “Beat It” by Michael Jackson.

“Silver” is a slow spaghetti western of a track attributed to both Black Francis and Kim Deal that sets you up for the coup de grâce of “Gouge Away.” This last track on Doolittle is pure Pixies, an esoteric retelling of the biblical Samson story in all its gorey detail using that soft/hard dynamic that propels you like a log flume into Vesuvius.

In the near 30 years since Doolittle was released it has inspired countless bands, none of which could hold a candle to the real thing. Not even Nirvana, if you ask me. And you didn’t.

5 Reasons You Must Watch ‘Game Of Thrones’ Season 6

We hold in high regard the tactics that allow us to succeed while disregarding that those same tactics stop us from succeeding correctly.  When you and everything around you is results oriented, how those results are obtained isn’t scrutinized when they probably should be. Seeing as how we can’t drug test for positive or negative motivators and no one really cares how you succeed as long as you are successful, why should you even care?

Well aside from your eventual therapist and the people who used to love you but have since left due to your unknowingly toxic behavior, your eventual cardiologist and pharmacist who will have to treat you for stress related illnesses,  you should probably care also.  If you are paying attention and observing the trail of emotional destruction left when using certain motivators,  particularly fear and negativity,  you would care much much sooner.

With that said, here are some hopefully helpful tips so you can identify and begin to correct.

1.  When someone asks you what you want, you typically respond with what you don’t want. “What do you want for dinner?” “Well we had pizza yesterday so I don’t want that and I had Chinese for lunch so that’s out…” Process of elimination is time consuming and quite frankly, if you want pizza for breakfast, lunch and dinner, you should have it. We’ll deal with health choices later. Right now, let’s focus on HOW you make choices in the first place. 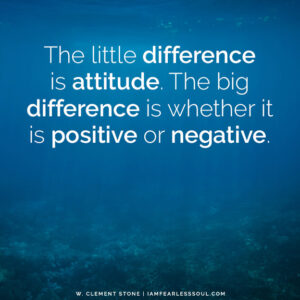 2.  The first thought that enters your mind after you say you want something are the reasons why it can’t be obtained. “I want to workout but I have no time. I want to pursue my interests but I don’t have the money.” Everything you currently have, you made the time and money for. It is possible for future aspirations as well.

3.  The motivator is not the desired result, but the ails that might occur if that result is not obtained. “You better get an education or your friends will leave you behind.” “If I don’t catch the early train, my commute is gonna suck!” Or none of that may occur and you day could progress perfectly fine. Since you can’t recoup emotional capital already extended, better not to expend it at all. 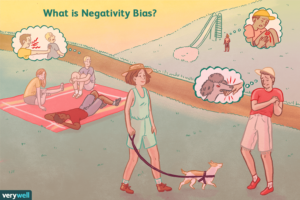 4.  You feel you need more in order to begin any task. You just really need to accept that you are enough. 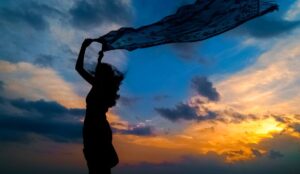 I wish you all success in everything you hope to accomplish.

Sidebar: Michal Jordan once stated that fear of failure motivated him to accomplish 6 NBA championships. My question to him would’ve been  “How much more rings would you have had if confidence was your motivator and not fear?”  Sidebar Complete. 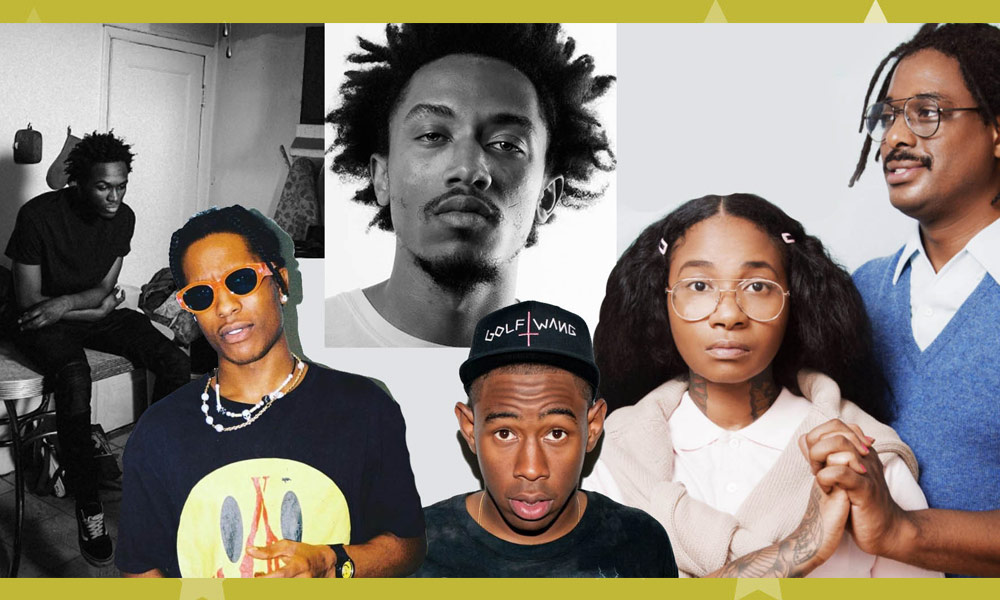