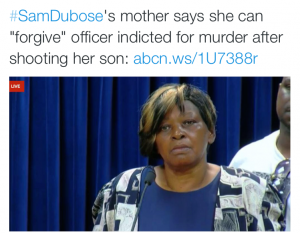 This piece is written well in advance of the next tragedy to bestow our community. Unfortunately, I’ve become so accustomed to the constant injustices in this country that I find it my duty to inform you that the time has come to rewrite the script.

This is a public service announcement to all of those that choose to forgive and pray for their tormentors. The fact is your prayers galvanize aggressors to prey even more. When there is no consequence to an action there is no fear to repeat such an action.

Receiving forgiveness is a welcome result after perpetuating a heinous crime. Appealing to someone’s conscience when they clearly lack one is a waste of time. The first prayer cast should never be by the victim. It should be by the aggressor, praying they never acted upon their hatred, stupidity or greed. 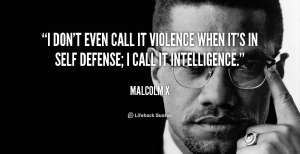 The story has been told countless times. The ending is now typical, even expected, by the public. Turning the other cheek and the rapid assertion of forgiveness is supposed to make everyone feel safe. But does it? Ask yourself this question; how do you stop a bully? While many answers may come to mind, praying doesn’t even crack the top ten. However, taking precautions and developing a tactical response is at the top of that list.

The time has come to rewrite the script.

The reality is there is a limit to everything and it would be best to stop poking the sleeping bear. Plenty of indicators have shown the bear has begun to twitch his eyes and it won’t be pretty if he fully wakes up. The old adage that the Pope reminded us of during his visit to the States “Do unto others as you would have them do unto you” should be ingrained into our collective minds, for the religious and irreligious alike. Maybe then it will be easier to understand why prayer should take a back seat to actively doing something.

Desk Lets You Lay Down on the Job